Lolly, eight weeks old
All the four-footers have been confounded by the introduction of a tiny creature which has completely stolen the limelight. They are not quite sure just what it is – at least, they were not when Bethan brought it into the house last Saturday. The cats, Herschel in particular, went into predatory mode on first sight. Bethan and I had driven to Shropshire to Threevalleys Gundogs to collect her (first) puppy, a little black bundle of absolute cuteness. 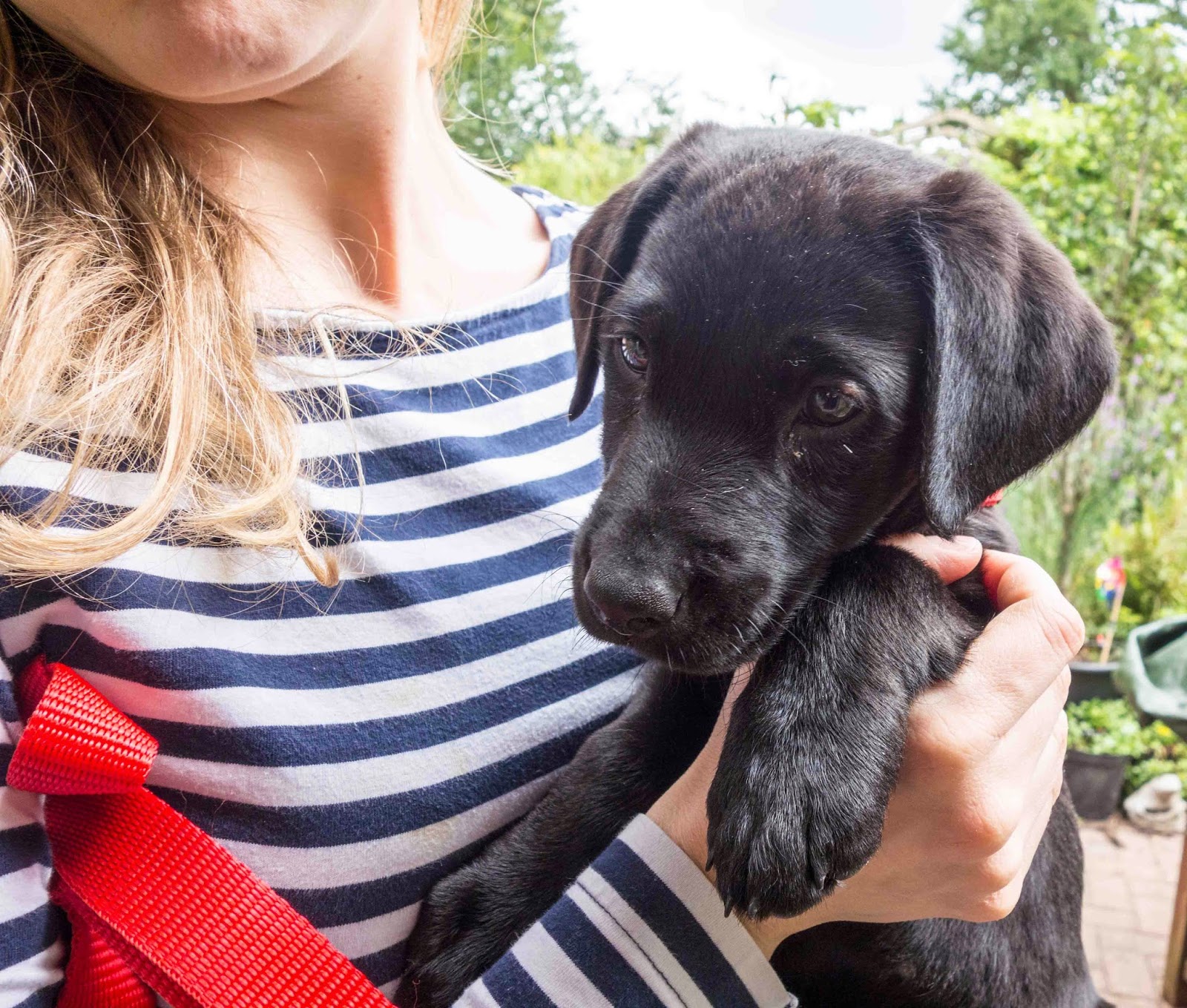 Bethan with Lolly, nine weeks old
Yesterday Bethan came to visit and Lolly, for that is her name, now nine weeks old and a little larger and much more confident, travelled with her by bus, tube and train from Muswell Hill to Crowthorne. They spent the day with us. This time, the cats did not attempt to stalk Lolly although they are still markedly bigger than her. 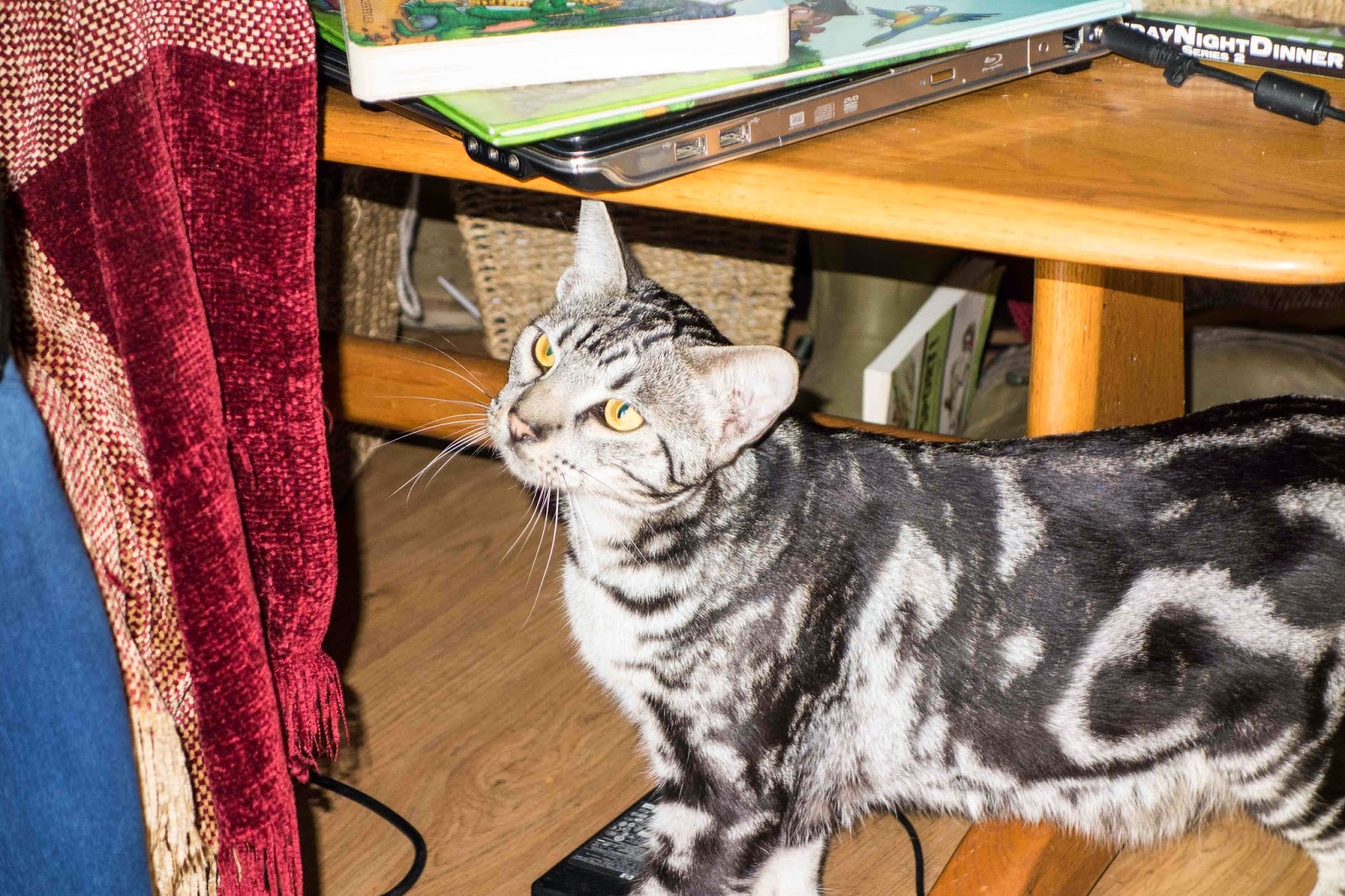 Jellicoe, whiskers well forward, approaches with caution. Naturally, Isambard was nowhere to be seen!
The dogs, all seven of them, (Tia, Foxy and Buster are spending their summer holiday with us) had relaxed by the time Bethan and Lolly left. Today they are tired – all the stress of coping with an incomer has taken its toll. 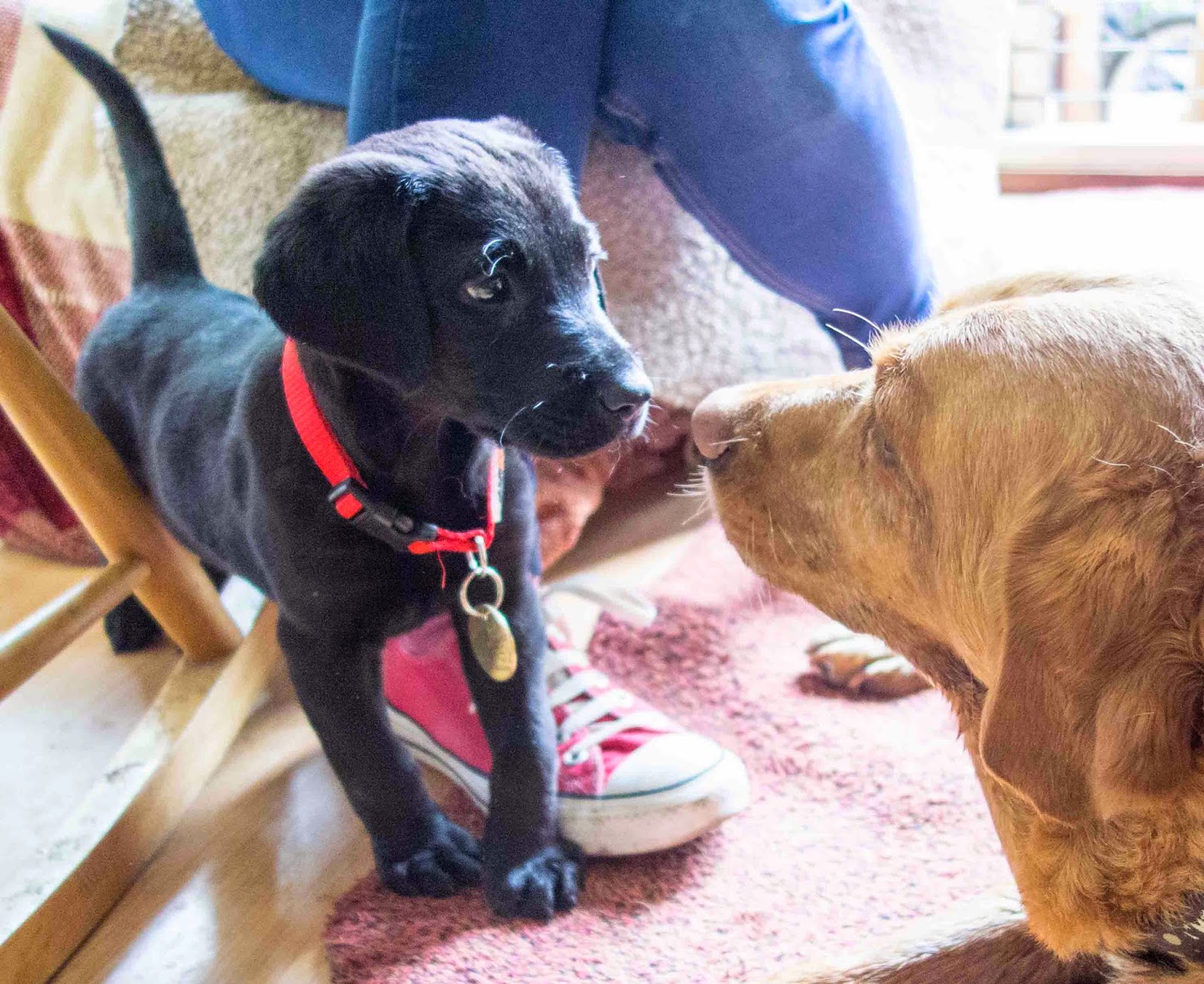 A close encounter with Foxy
Lolly will be visiting again next weekend. It is important that the adult dogs become accustomed to her while she is still very small as they will often be spending time together. 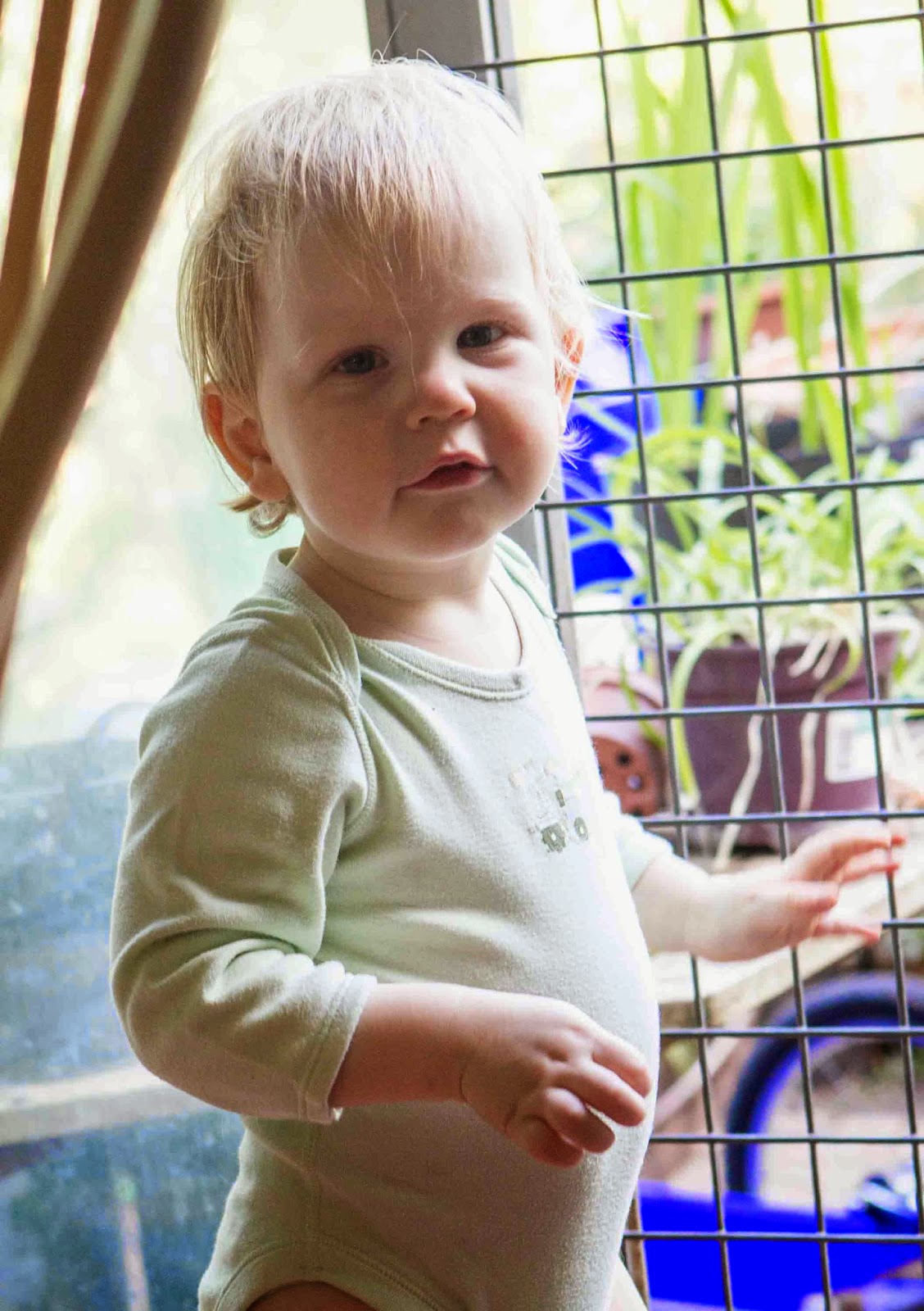 Frankie, nineteen months old
Frankie was delighted to see a tiny version of Jenna. For him all black Labradors are called Jenna but he is beginning to distinguish Gus and Tia. The fox red Labrador brothers Bertie and Buster are a puzzle to him for they still look very similar. Foxy is one on her own and on a strict diet, for she is greed personified. Frodo, of course, is very different and definitely not a Labrador. 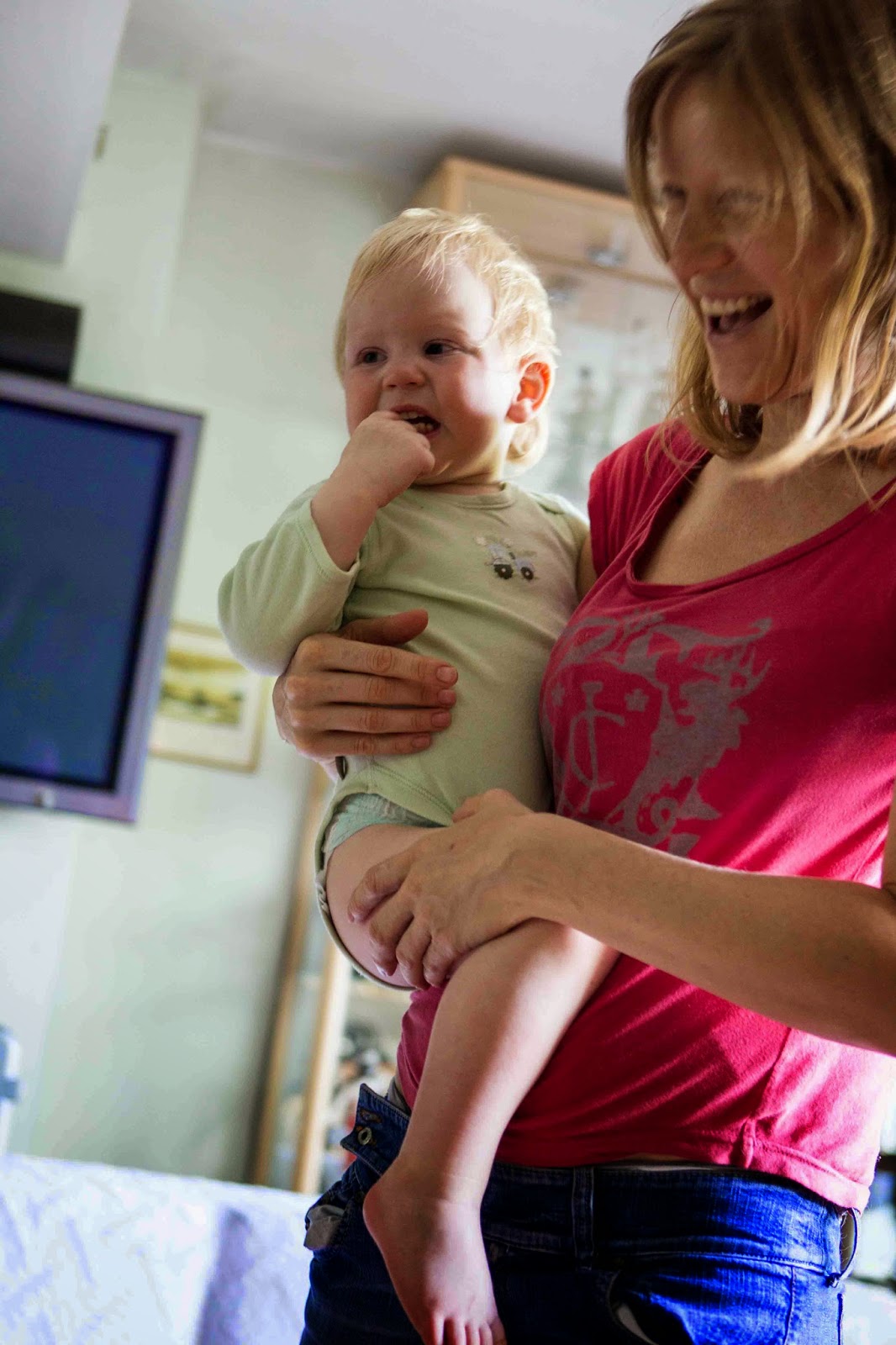 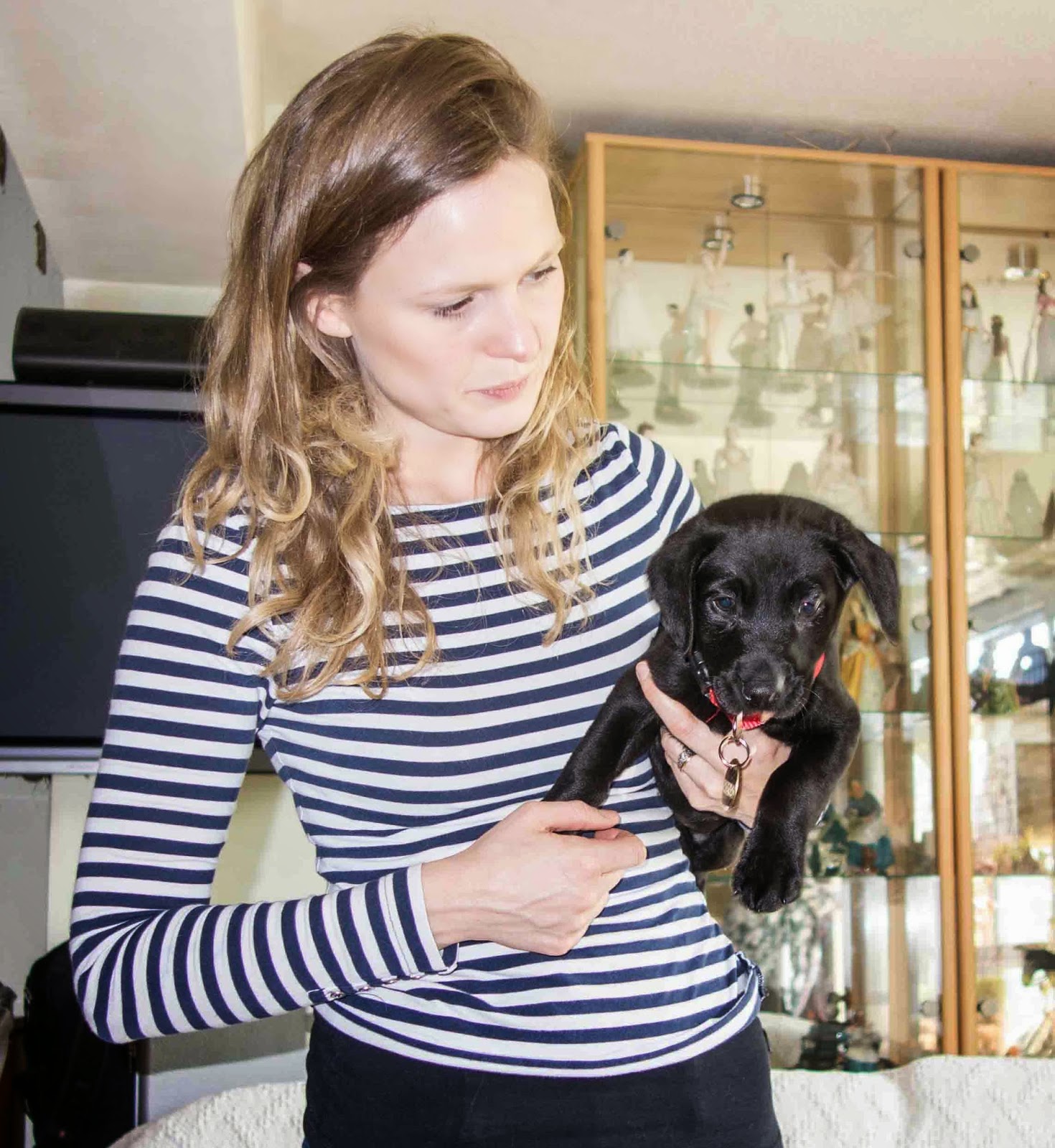 Bethan with Lolly
There’s never a dull moment in the Cooke household!