Poetry Monday is the brain child of Diane from 'On The Alberta Montana Border'. Each week she provides us with a theme and anyone is welcome to join in and write a poem.  However....and it is a BIG however...Diane has been on vacation for a loooooong time.  Jenny and I were at loose ends so we've started taking turns providing poetry themes.  We've had ice and snow, socks (thanks Jenny) and this week the theme is (are you ready for this?) SOUP.  Yep...you heard correctly...SOUP.
(Apologies to Flanders and Swann. Should you feel so inclined, the following can be sung to the tune of ‘The Hippotamus Song’ chorus!)
Soup, soup, glorious soup,
Nothing quite like it
To make eyelids droop;
The veggies go under,
And then split asunder,
While turning themselves into
A glorious soup.
And just for fun, here's a video clip of The Hippopotamus Song.

We have had snow! Not a lot by some standards, just about 2” (5 cms), but enough to make the garden look pretty – or, at least, different. The local schools, along with many across the country, had a Snow Day.

I took photographs with my little Sony just before 8:30 a.m. 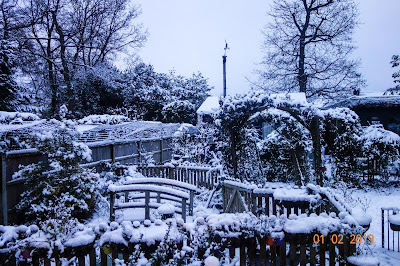 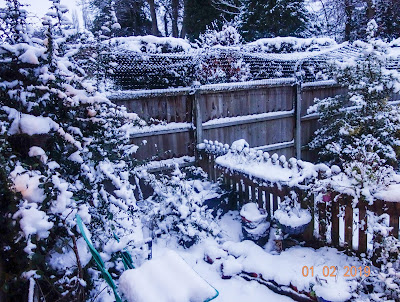 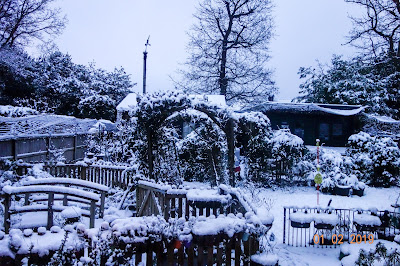 The dogs ruined the pristine layer. They charged out and round the garden then galloped back in again. 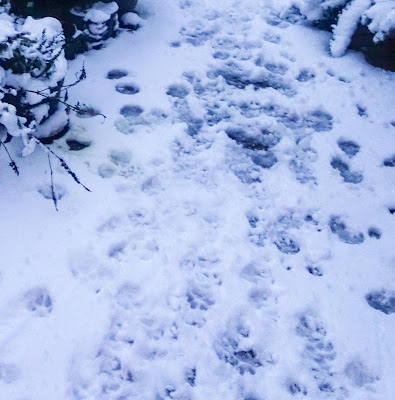 Barry took some photographs later with his superior Canon. 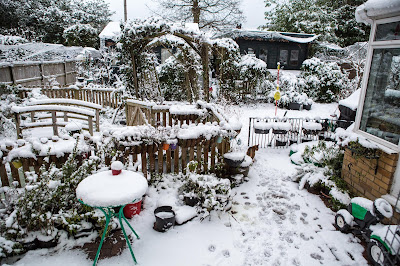 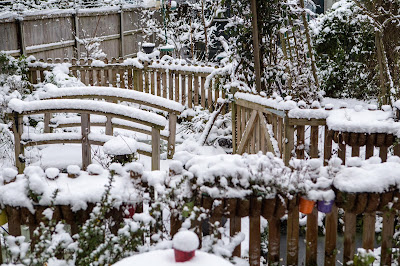 Zula, Susannah’s little Abyssinian, 2 years old today, dashed out and returned immediately. Herschel decided to investigate. He stepped delicately in the snow, flicking it off his paws and sniffing at the funny white stuff. 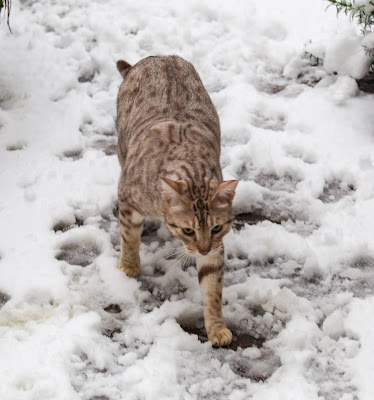 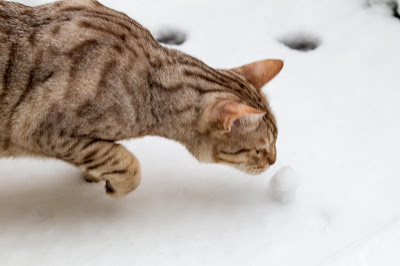 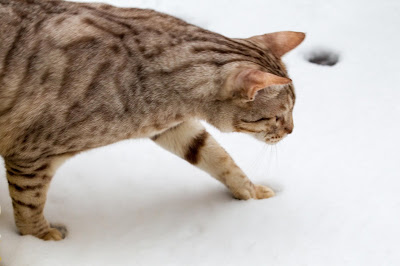 Jellicoe went out later and stayed outside for some time, inspecting the scene, but Isambard viewed it all with suspicion from the safety and warmth of the sitting room. 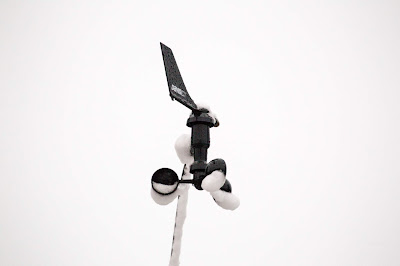 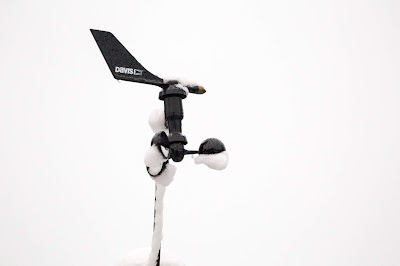 The anemometer and wind vane had more than a dusting of snow but managed to spin in the wind that sprang up.

The bird feeder (h’mm, should clean and replenish it!) has not had any avian visitors today but there were numbers of gulls wheeling round the tree-tops this morning. 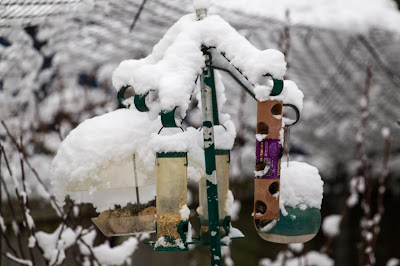 The best barometers in the house are the cats, guaranteed to discover the hot spots. Two of them, the Somalis Solomon and Lenny, spent considerable time in the conservatory (I’m sure they enjoyed watching Le Mans with Frankie).

Herschel cuddled up with Bertie while Isambard appropriated my chair and didn’t object when I almost sat on him, happy to share and at the same time help me compose my  blog post.

Jellicoe, however, found the prime spot, on the bookshelf above the radiator. From the photographs you can see that he has a bent for Natural History, particularly Ornithology.
. 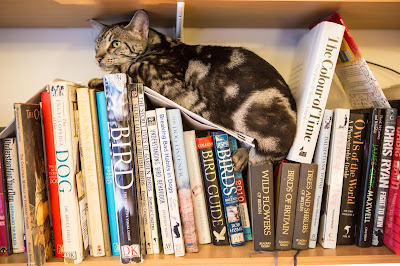 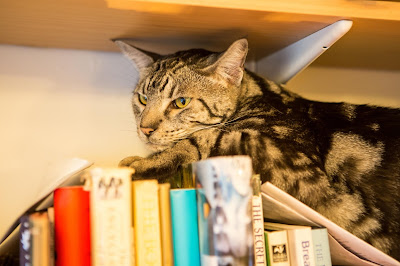 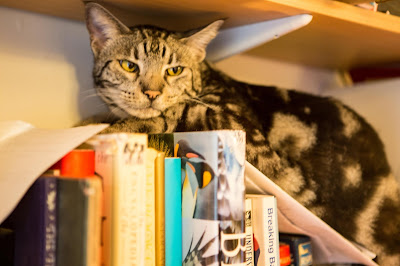 It is snowing again and is forecast to continue for several hours. We are unreliably informed, by someone who knows much better than the Met Office, the AA, the RAC, and all the weather forecasters in the media, that the amber warnings of bad weather are ‘scaremongering’ and the snow is ‘localised’, with none in Wokingham, 4 miles away. This is not true but we shrug and smile – there’s no point in arguing with someone who is always so right, though usually so wrong!