‘Remember your Ps and Q,’ was a common reminder to children when I was growing up. I wonder if today’s children receive the same advice and if they then regard it with consternation or curiosity.’

‘Remember your queues’ – does that mean don’t push into the queue but line up nicely, joining the queue at the back and ‘waiting your turn,’?

I don’t suppose they learn the little verse I was taught as a child and which I have attempted to teach to generations of children unfortunate enough to pass under my teacherly gaze:

There’s a magic little word
That works wonders when it’s heard
Though it sometimes seems to lose itself with ease,
But there’s such a charm about it
That we cannot do without it
And that magic little word is only
PLEASE.

I sometimes wonder if manners are ever taught to children. An item in the morning news astounded me. A school in England has banned the provision of triangular flapjacks because the points are too sharp! A boy was hurt during a food fight when a triangular flapjack hit him in the face causing injury sufficient for him to be taken to hospital for treatment. The food fight took place in the school canteen.

Several thoughts occurred to me simultaneously, some of them unrepeatable, chief among which was, ‘Whatever happened to common sense?’ Surely the primary objective should be to address the poor behaviour of children supposedly eating on school premises. Does no-one supervise these children and tell them that throwing food is unacceptable and that the food is there to be eaten, not used as a missile in gang warfare? (I must here confess that when I was at school the shortbread occasionally served to us was so hard it bounced when ‘dropped’ on the floor – but we threw it at the floor, not at each other!)

I wonder how long it will be before pens, pencils, rulers, scissors are all banished from schools because they are too dangerous. Wax crayons, too, should be removed from infant classrooms – I had two little boys in one class who on the same morning stuffed crayons into their noses. One boy was lucky – the crayon was ejected naturally. I had to take the other child to his doctor! No lasting harm was done.

And now manners dictate that I must apologise to my faithful followers because I have not responded to your comments. You may remember that my granddaughter, Marnie, was having a troublesome pregnancy and Dorothy, my elderly mother-in-law, was going into occasional hibernation.  Marnie’s baby was born on 12th March, fit and well and beautiful, naturally, though I have yet to see her in the flesh. A week later, on 19th March it was Dorothy’s 96th birthday. She was suffering from pneumonia and died a day later. Her passing was a relief to us all, not least to Dorothy herself – the person she was had departed many years ago and the stranger in her place was unpredictable and difficult. The funeral is at the beginning of April.

Meanwhile, Barry’s brother is undergoing a third round of chemotherapy, so all in all both Barry and I have been somewhat ‘scattered.’ My resolve to be a better blogger in 2013 has not been honoured but I hope things will return to a more normal state of affairs and my concentration will improve and I shall be able to visit your blogs more regularly. I plan also to try and finish at least one of the books I’m writing. 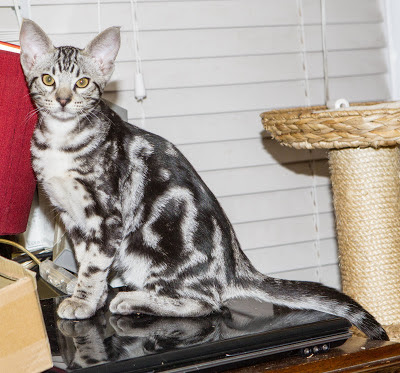 Jellicoe: We have been in our new Palace for four whole weeks and we have learnt quite a lot. Our Servants have different duties and I would say they perform them adequately. There is room for improvement in certain areas but in general we are pleased with them. 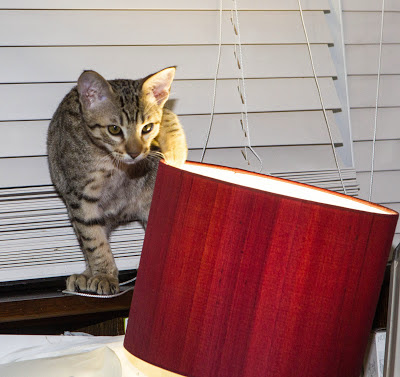 Isambard: I agree. We refer to The Servant commonly known as BARRY as The THINKER. He does a lot of thinking and planning, researching and speaking on the telephone. His head is full of ideas. He is the one who usually takes video and photographs of us though sometimes the Servant known as JANICE takes a turn with the camera. 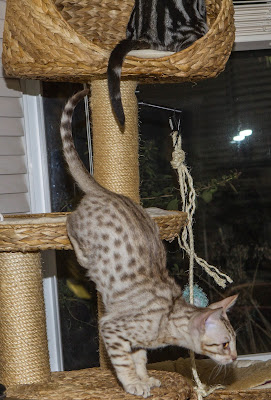 Herschel: We call JANICE The HOUSEKEEPER or occasionally just The MAID. She is the one who makes sure our sleeping quarters are clean and our food and water bowls are filled. We like spending time with The THINKER and The MAID because we know they are flattered by our attention. 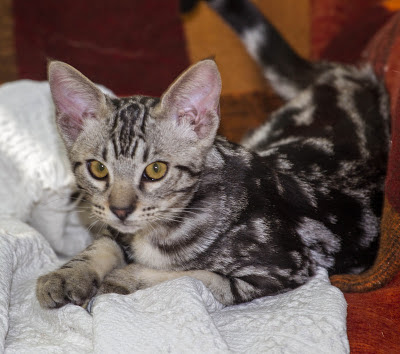 Jellicoe: That is very true. Although we are not very old, we quickly learnt that Servants are easily pleased by a show of affection. It doesn’t take much effort – a miaou, a purr, a rub of the head. They even like us using them as stepping stones. 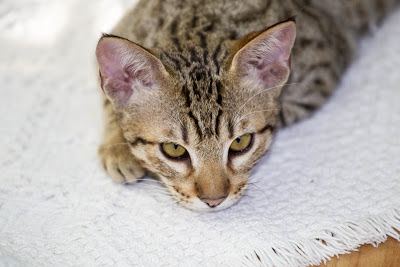 Isambard: We also do what one of the FAMILY, the one called SUSANNAH calls ‘the nose thing.’ SUSANNAH is the one with the small Servant who has to be carried everywhere and she says the CAT who owns her does ‘the nose thing’ all the time. Why are Servants so delighted by such commonplace acts? 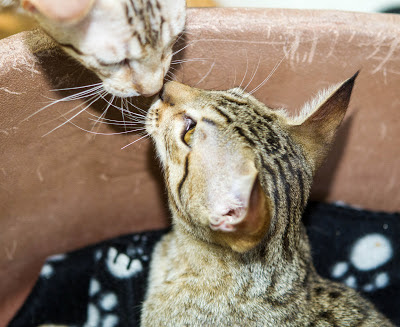 We nose touch all the time but you don’t find us getting excited about it. 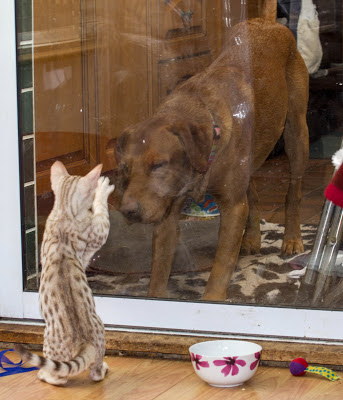 Here I am with the DOG the Servants call Bertie
Herschel: We are keen to meet the DOGS face to face and teach them who’s in charge but the Servants say we must wait a little longer. The DOGS are silly creatures but the Servants seem fond of them. They have to take them out to exercise whereas we can do everything we want to in our Palace. I don’t think DOGS can climb like us – at least I’ve never seen them do it. 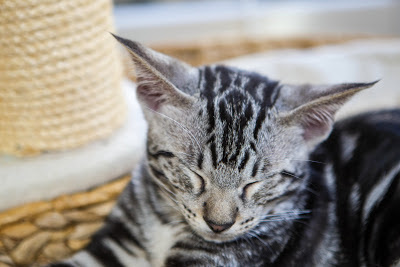 Jellicoe: One phenomenon we have all noticed is that things appear to be getting smaller. The DOGS have shrunk, though of course they are still enormous, particularly the spotted one. Mostly it’s the furniture that has reduced in size. We can no longer fit under the table in the conservatory. 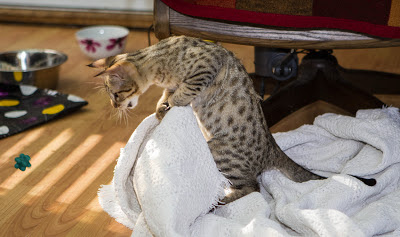 Isambard: The MAID took our sleeping box out of our pen and put a large cushion in its place. We liked the box – it was like a cave – but we couldn’t fit in it any more, not all of us at the same time – so that’s another thing that has contracted. The STAIRS have condensed, too. 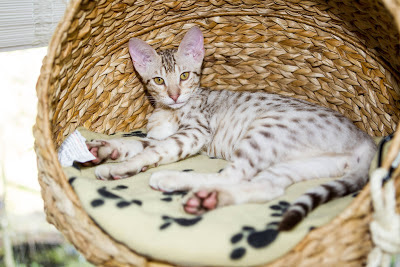 Herschel: Our cat tree is not as big as it was, either. It’s very strange. At the same time my brothers have grown larger and they tell me I have too. It’s odd because I don’t feel any different and neither do they. Life is certainly very interesting for us kittens. 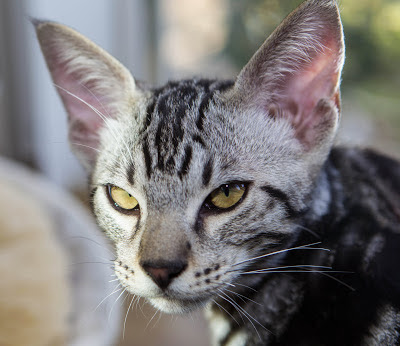 Jellicoe: I just hope things don’t keep on getting smaller or we shall be crawling around on our knees. That wouldn’t be much fun. 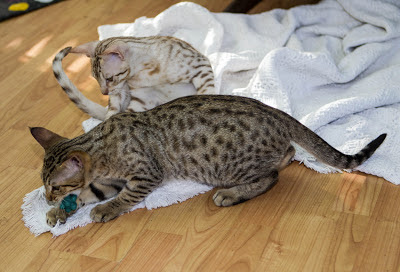 Herschel: Maybe we’ll end up being larger than the DOGS – that would be so good! 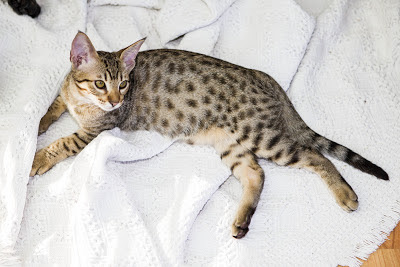 Isambard: Do you think the Servants will shrink, too? They mustn’t get so small they can’t carry our food and water bowls – and who would change the cat litter? 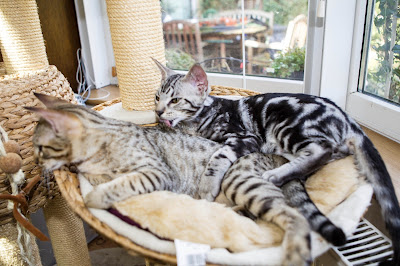 Jellicoe: They haven’t shrunk so far so I think we’ll be all right. 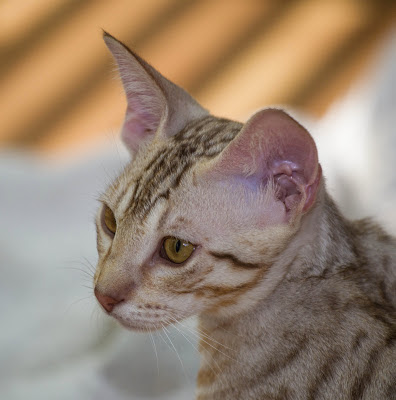 Herschel: You speak sense, my Brother. 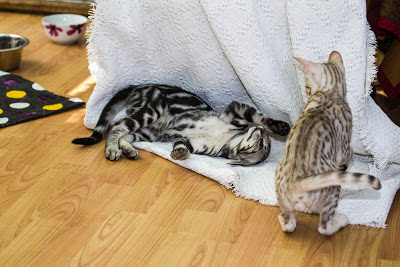 Isambard: It’s time for another nap so I’ll say goodbye from all of us. 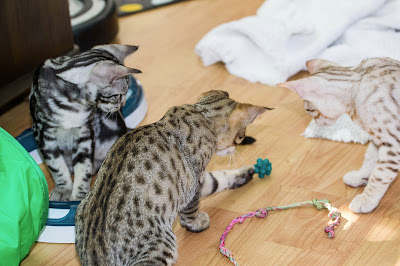