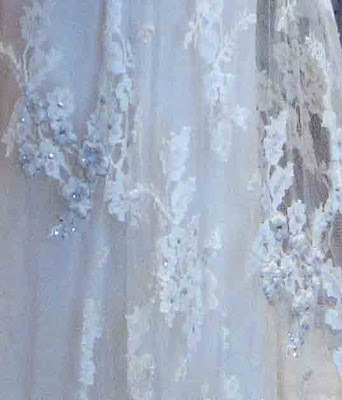 Detail from Bethan's dress
After what seemed like months of endless rain Bethan and Robert’s wedding day dawned bright, warm and sunny. It was a long, busy day but such a joyous occasion. The ceremony was simple and moving and the affection for Bethan and Robert was expressed warmly and vociferously.

They had engaged a photographer to take formal and informal shots of the day. Consequently, none of us took any photos of the bride and groom – something of an oversight, I think! I hope that others took some.

The bride and her maids . . .
The one I’ve posted here shows Bethan with her bridesmaids. I think one of the bridesmaids’ boyfriends took it.

I don't know who took this photo!

Our grandchildren, Marnie's boyfriend, Dean, and David Walliams
After the official photographer had left Barry took some photos. 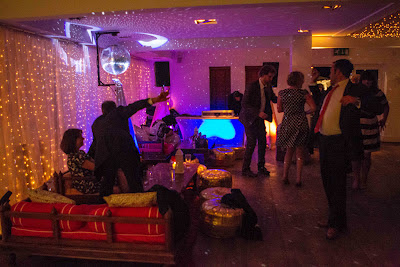 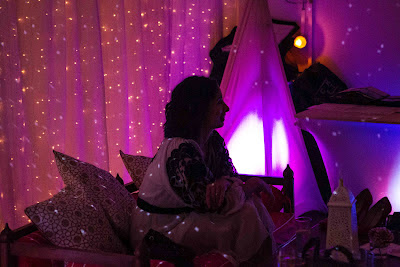 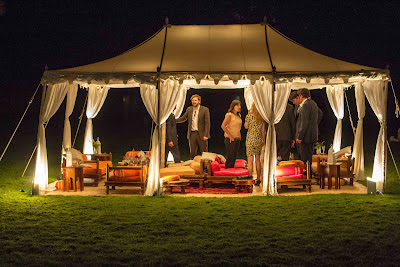 A small marquee in the grounds made a pleasant lounging area  away from the disco beat
Unfortunately, Bethan wasn’t feeling at all well on the day, though no-one would have realised it as she smiled and mingled and looked radiant. She didn’t eat anything and managed the first dance but then went to bed. 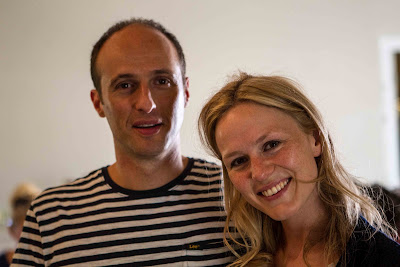 Happiness!
She came down for breakfast the next morning but again couldn’t eat anything. Fortunately, she was feeling better and able to eat again by the time they caught their flight to Santorini in the early hours of Monday.

Barry and I are rarely ill but neither of us was very well, either, and the day passed in something of a blur. We’re all on the mend nowJ

Notwithstanding, it was a lovely day and it was a joy to celebrate it with Bethan and Robert and their friends. It was a delight to have all our family together, too, and our grandchildren had a wonderful day, first as junior ushers and bridesmaids, and then as cousins having a good time with their Norfolk cousins.