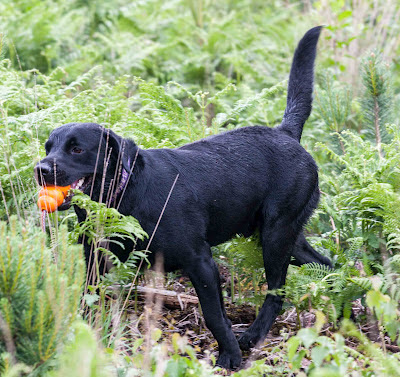 Something exciting happened to us the other day. Tia, Foxy and Buster came to stay and all our humans went out but we weren’t left on our own. Two humans we didn’t know came to look after us so when our people came back we were pleased to see them but we didn’t go mad like we usually do – well, I do.

Anyway, the two new humans, Carole and Roy, came to look after us again when Bethan got mad. They spent the night with us and gave us our breakfast the next day before our people got back. We didn’t have our usual food – we had kibble. Mrs H says a bit of junk food now and then doesn’t do any harm, but I liked itJ I would have liked to go and see Bethan get mad but there was no room for dogs. Anyway, Winston wouldn’t have liked being left all on his own. 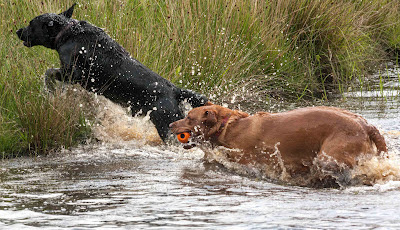 Gus and Bertie
Bertie’s taller than me now but he’s not as broad. He’s ever so good at running and swimming and Jenna doesn’t bother to chase after the Kong ‘cos she knows Bertie’ll get to it first and if he doesn’t I will. When we can’t find the Kong Jenna lends a nose to help us. The ponds in the forest are really, really full and the water’s deep. It’s great. It’s lovely to plunge in when we’re hot and thirsty. I can drink as I swim – I think that’s quite clever, really. 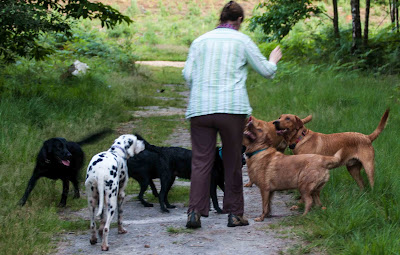 Gus, Frodo, Jenna, Tia, Mrs H, Foxy, Buster (behind Foxy), Bertie
Tia and Foxy and Buster’s people have gone on holiday. Buster really misses them but they’ll be back in a little while. Buster’s a bit afraid of me ‘cos I tell him off when he gets too rough. I’d never hurt him, though, ‘cos he is only young and still learning. Foxy lets him get away with anything and that’s not good for a pup.

The smaller children– that’s Elliot, Eve and Louis - came to stay a little while ago. I like it when they come ‘cos they make lots of fuss of us all.  We all like children. Yesterday in the forest we met some children and they played with us – it was fun. Children are more fun than people. What? Mrs H just told me that children are people, too – they’re younger and faster, that’s all – oh, and noisierJ

I’ve heard that there’s going to be a baby soon – I’m not sure I know what that is. Is it like a puppy? I expect I’ll find out all about it when Susannah gets it. I don’t know where she’ll get it from, though.

Well, that’s all for now. Be good! 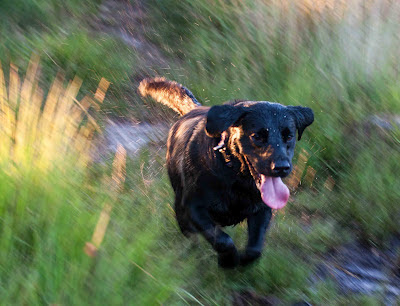