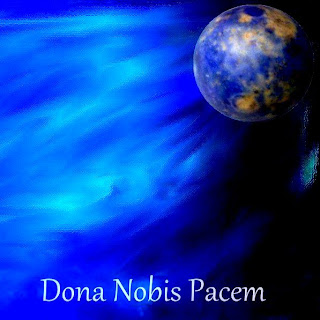 
I went to Vimy Ridge thirty years ago and saw the First World War trenches and the cemeteries. It was a sobering experience. So many cemeteries, Allied and German and all harbouring the remains of wasted young lives. The saddest were those marked ‘Known unto God’ and the most moving and horrifying marked ‘Three soldiers of the Great War, known unto God.’
In other graveyards a single headstone marks ‘Seventeen soldiers of the Great War known unto God.’ Another such marks the final resting place of twenty-five unknown soldiers.
The two-minute silence we observe at the eleventh hour of the eleventh day of the eleventh month (the day marking the end of the Great War, 1914-1918, the war to end all wars) gives us an opportunity to stop whatever we are doing, wherever we are, to remember and reflect on the tragedy of war. The first minute is to honour those who died fighting for their country and the second minute is to remember those left behind, the parents, the widows, the siblings, the children.

The red poppy is the symbol most commonly associated with remembrance, though Quakers wear white poppies, the symbol of peace.
The following is taken from http://www.greatwar.co.uk/article/remembrance-poppy.htm
‘The field poppy is an annual plant which flowers each year between about May and August. Its seeds are disseminated on the wind and can lie dormant in the ground for a long time. If the ground is disturbed from the early spring the seeds will germinate and the poppy flowers will grow.
This is what happened in parts of the front lines in Belgium and France. Once the ground was disturbed by the fighting, the poppy seeds lying in the ground began to germinate and grow during the warm weather in the spring and summer months of 1915, 1916, 1917 and 1918. The field poppy was also blooming in parts of the Turkish battlefields on the Gallipoli peninsula when the ANZAC and British Forces arrived at the start of the campaign in April 1915.’

Lieutenant Colonel John McCrae, a doctor serving in Belgium with the Canadian Armed Forces was so moved by the devastation he saw that he wrote ‘In Flanders’ Fields’ in 1915:
In Flanders' Fields
In Flanders' fields the poppies blow
Between the crosses, row on row,
That mark our place: and in the sky
The larks, still bravely singing, fly
Scarce heard amid the guns below.
We are the dead. Short days ago
We lived, felt dawn, saw sunset glow,
Loved and were loved, and now we lie
In Flanders' fields.
Take up our quarrel with the foe;
To you from failing hands we throw
The torch; be yours to hold it high,
If ye break faith with us who die
We shall not sleep, though poppies grow
In Flanders' Fields.
The most telling epitaph is that written by John Maxwell Edmonds (1875 - 1958) in the Kohima Allied war cemetery.
‘When You Go Home,
Tell Them Of Us And Say,
For Their Tomorrow,
We Gave Our Today.’

Our future, the future of our world, is in our children’s and grandchildren’s hands – I hope they make a better job of looking after this beautiful planet than we have.