Just to prove that they don't spend all their time sleeping here are a few shots of Ocicats in action. Thanks to my camera man, the one and only Barry.J

Before they could be taken, camera speed and light sensitivity had to be adjusted (Barry's task) and a measure of housework undertaken - floor swept and some of the detritus of day to day living - (year to year!!) - tidied away out of sight (my job). I am NOT posting the uncropped photos, too shaming. 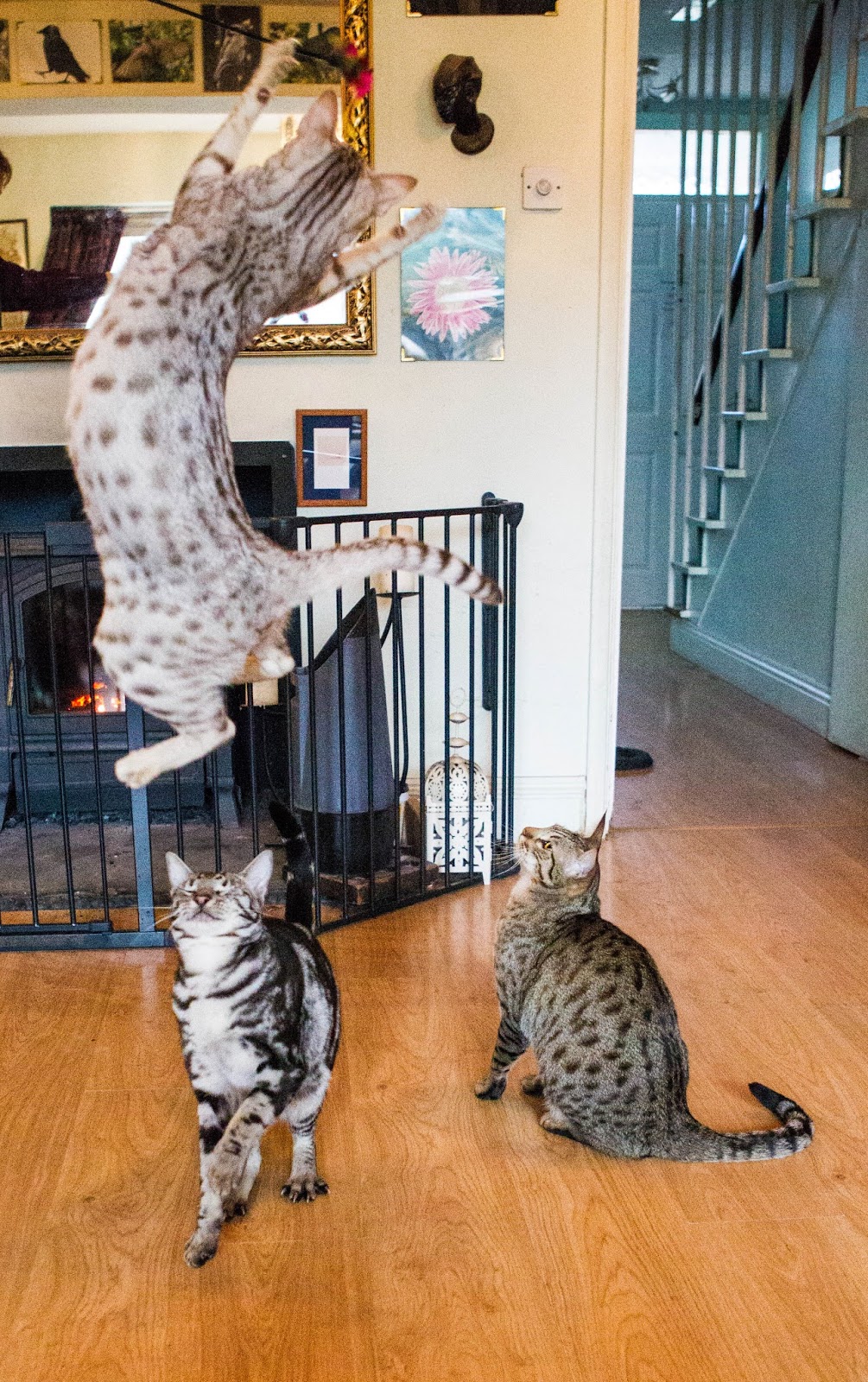 Herschel leaps for the feathers as Jellicoe and Isambard consider their options. 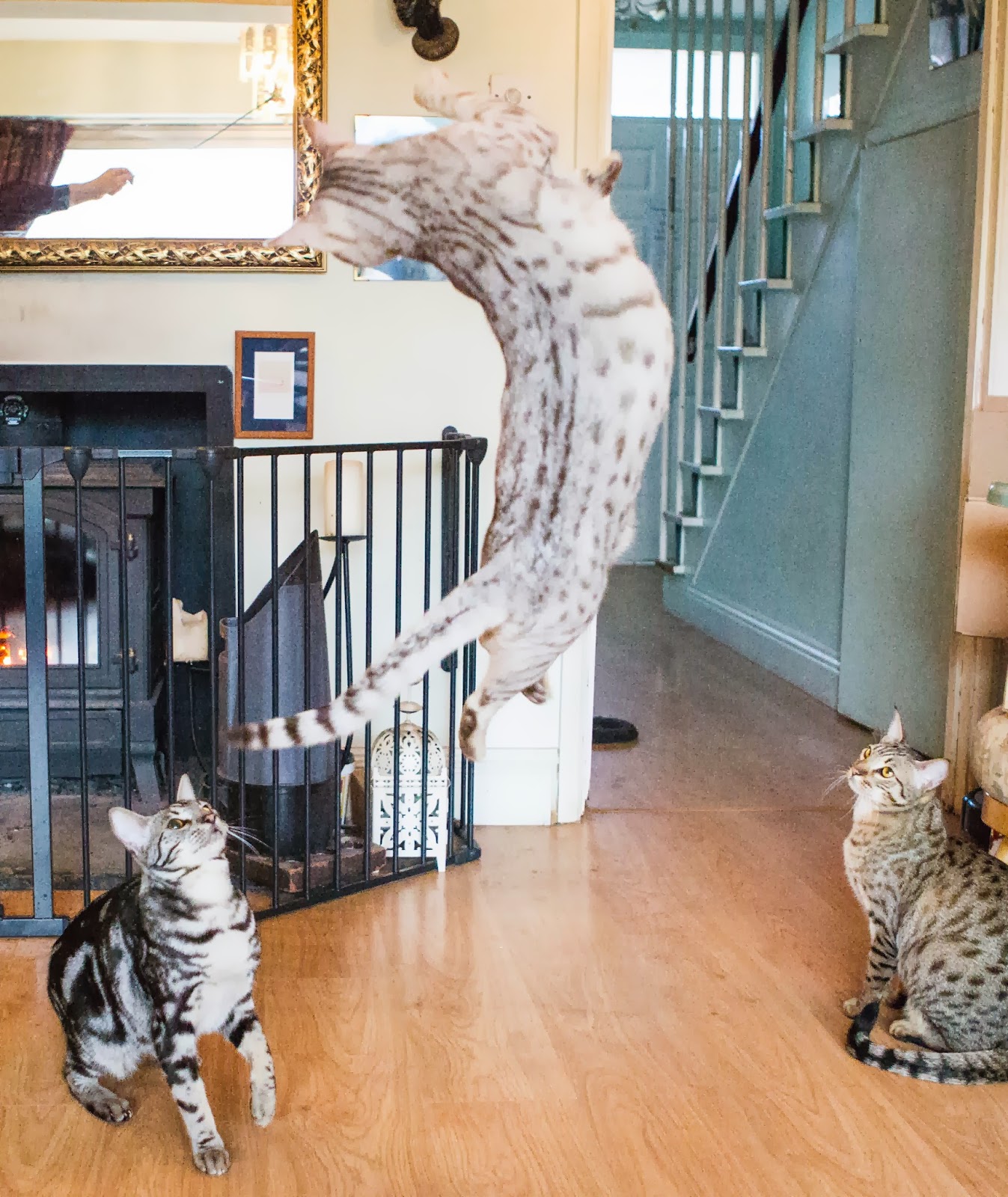 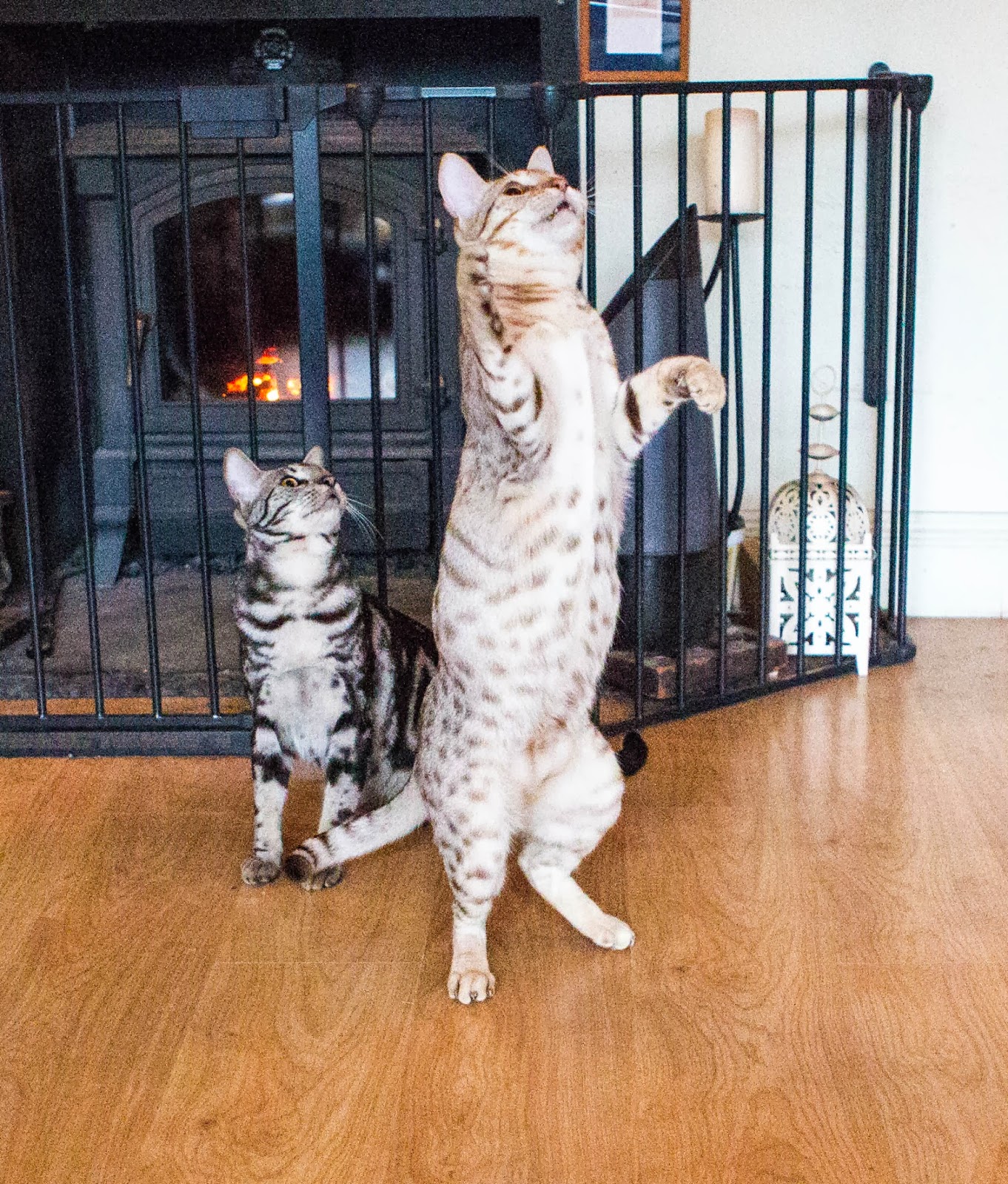 Making another attempt - feathers are so enticing. 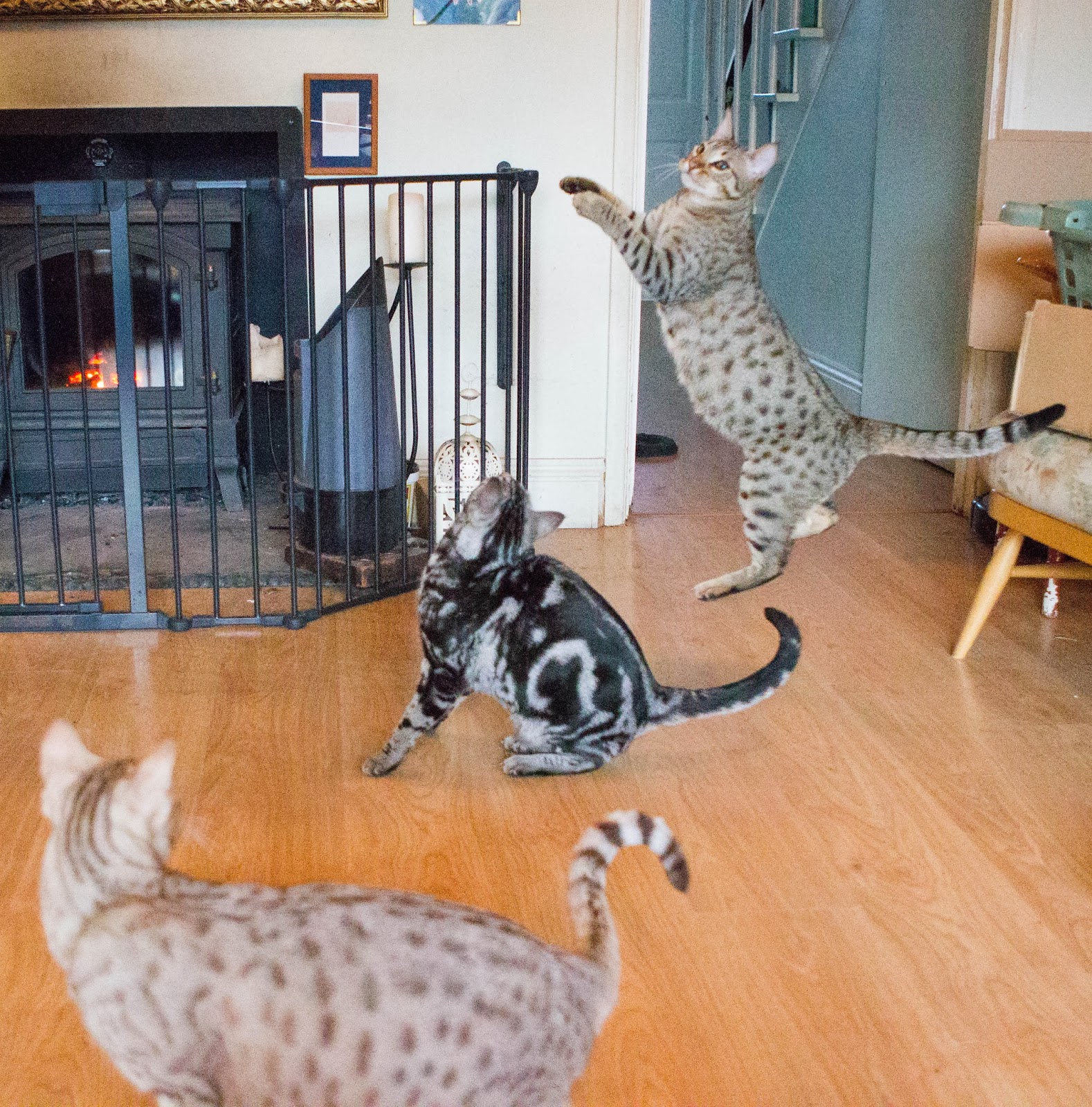 Isambard springs and Jellicoe nearly does, too. 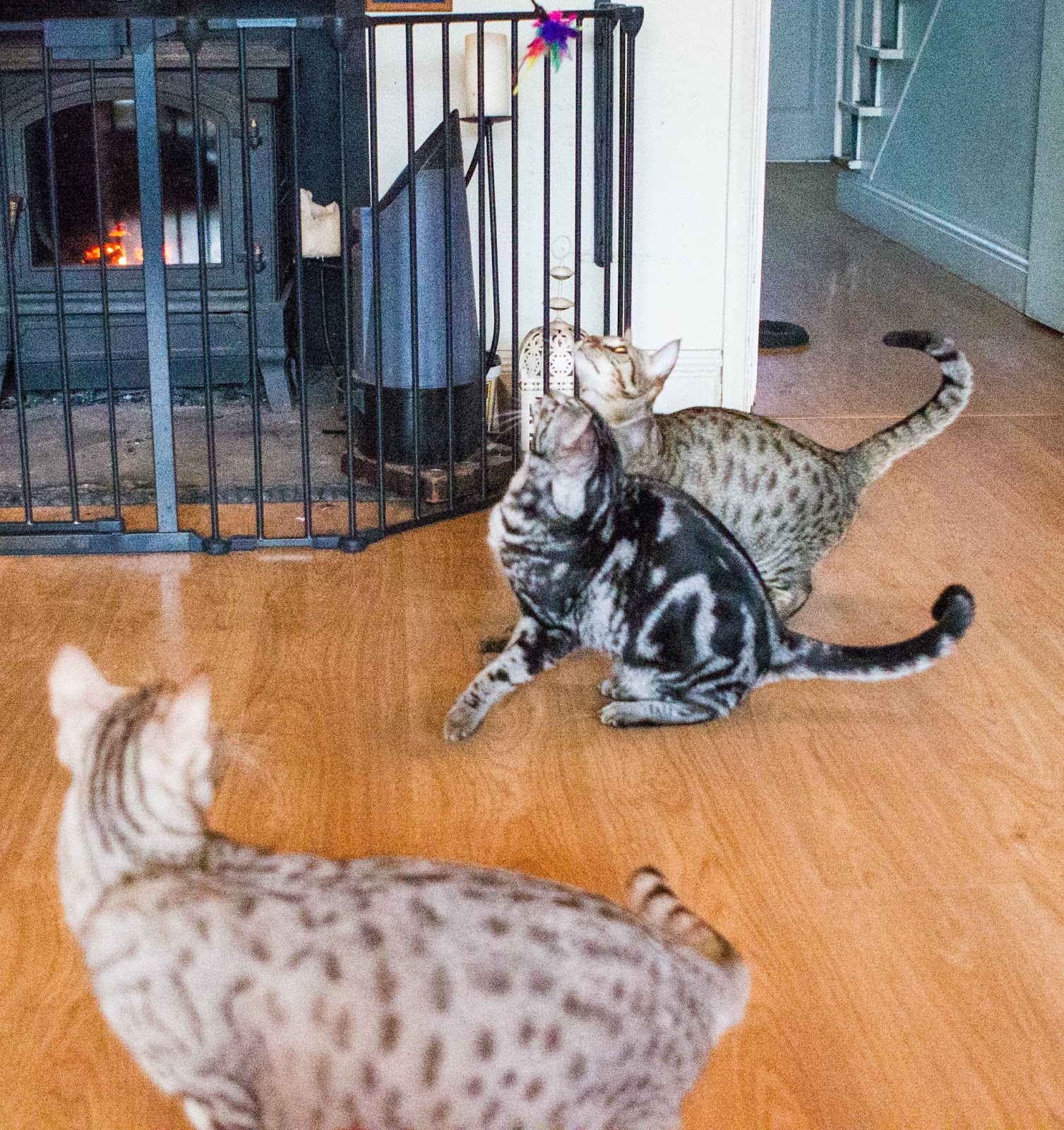 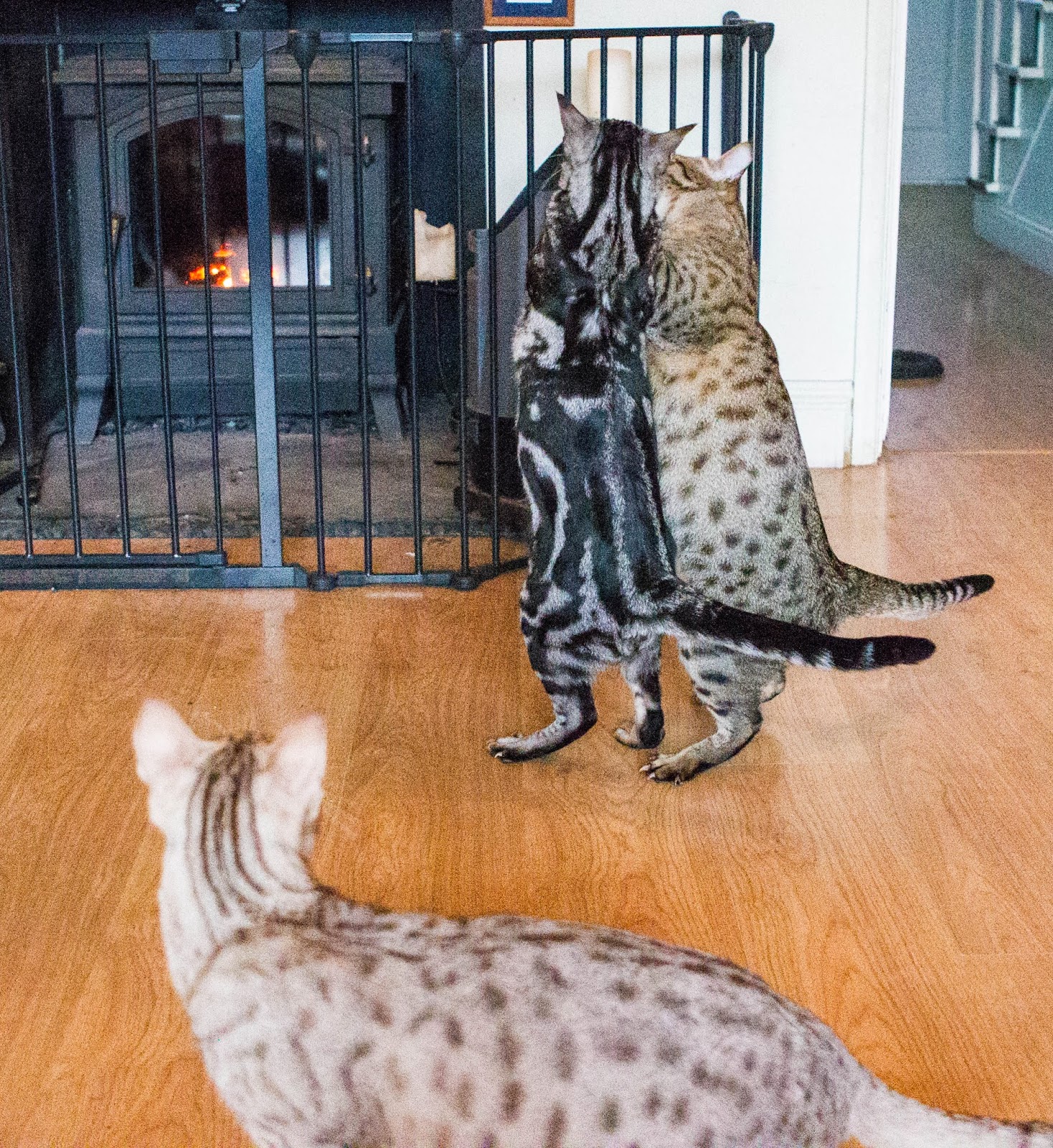 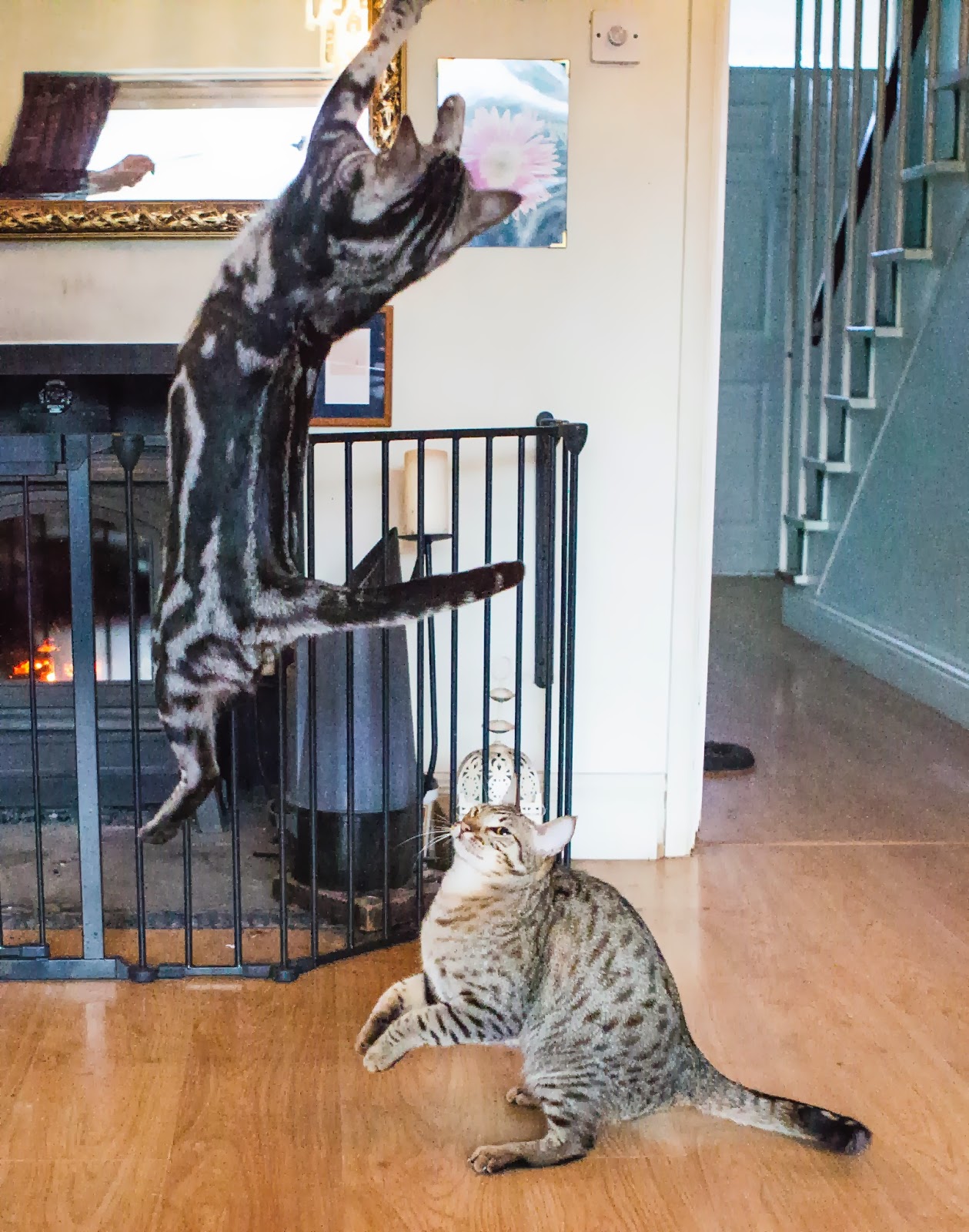 Jellicoe's turn but Isambard is keen, too. 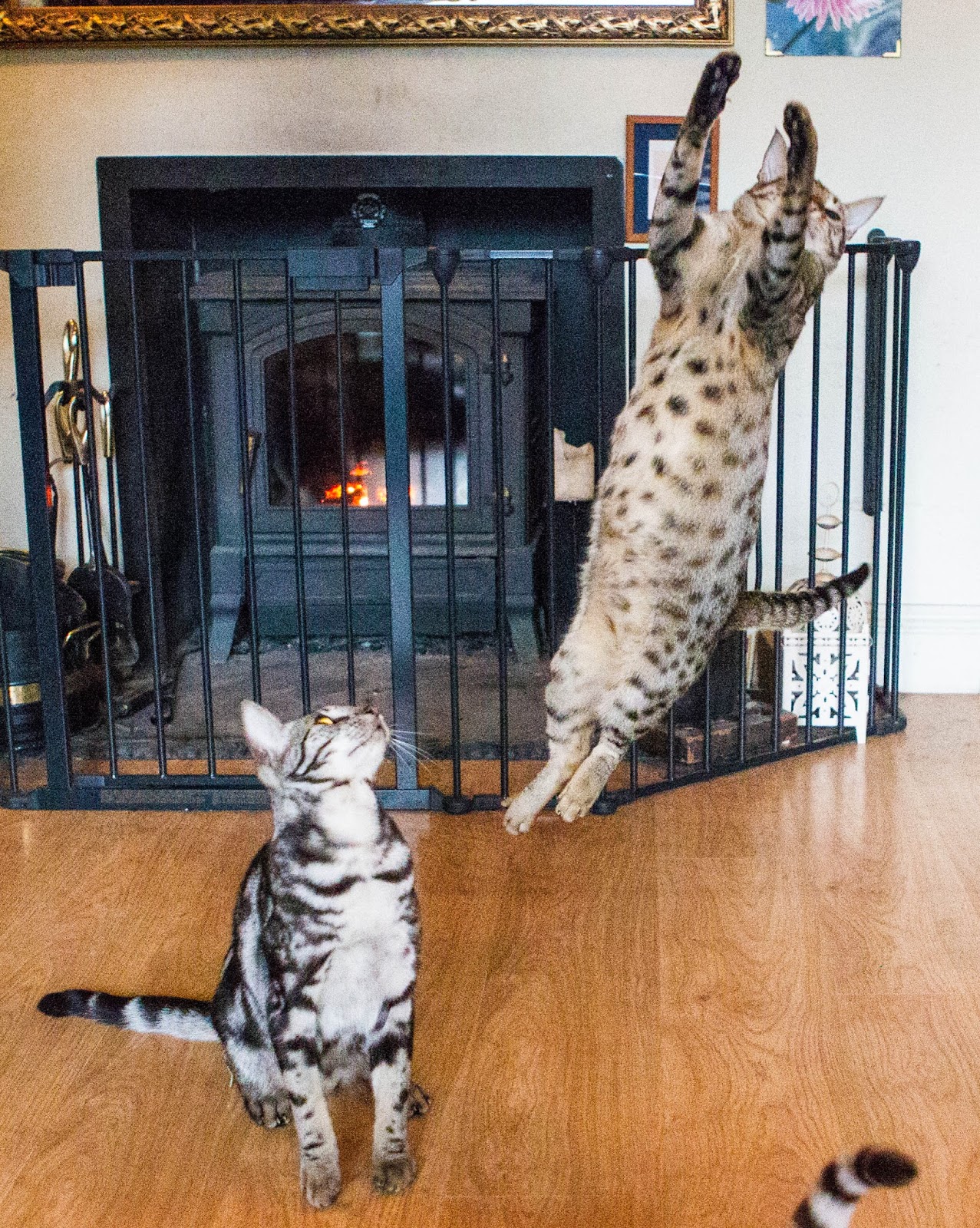 One last try for Isambard.

The feathers 'lived' to fight another day. If a favourite toy is captured by one of the brothers there's a good deal of growling as the prize is carried off but they never squabble in the heat of the chase.

Our impression is that Herschel leaps the highest, Jellicoe is second in line and Isambard's efforts are respectable but not outstanding.
Posted by jabblog at Wednesday, January 22, 2014