Great Britain is doing extremely well in the Velodrome.

The Keirin is a fascinating discipline. It is led out by a man on a derny – a motorised bike. He gradually increases speed until he reaches 45 kmh/28mph then peels off and the race proper starts.

The man on the derny is sombrely dressed in black and rides the bike in what I can only describe as a ‘country manner’ – legs widespread. He is very serious about his task, a true professional, but I think a string of onions round his neck would complete his Gallic image. The photos below, taken from the television screen, are not good quality. 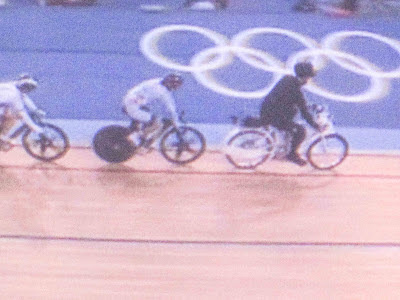 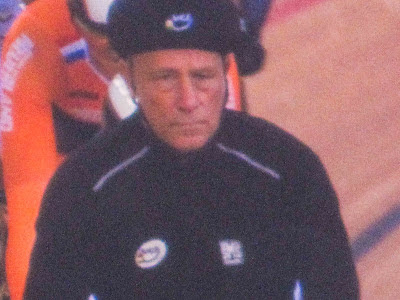