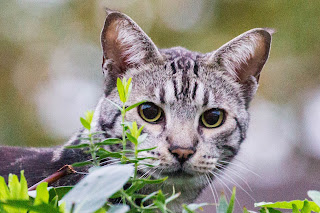 Jellicoe, looking down from on high
At the beginning of March 2022, I found Jellicoe straining to urinate in unusual places, like the coal scuttle. This had happened once before three years previously, so we knew he had a urinary tract infection. It cleared up with treatment but at the end of the month he had a urine test and was discovered to have diabetes. This required him to have twice daily insulin injections and regular checks of his glucose levels. 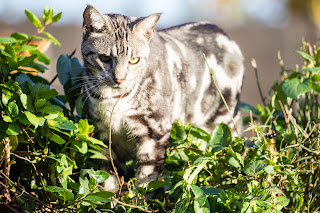 Lord of all he surveys

All proceeded smoothly for a few months until July, when Jellicoe started vomiting and lost interest in food. It transpired that he was severely dehydrated and constipated and had developed diabetic ketoacidosis (DKA) DKA is a very serious condition and occurs when the body lacks enough insulin to release sugar into the cells for energy. In that case, the liver breaks down fat for fuel, producing acids called ketones in the process. Jellicoe was put on a drip and hospitalised for six days and his insulin dosage was adjusted. He came home, but after four days he had to go back to hospital for three days. 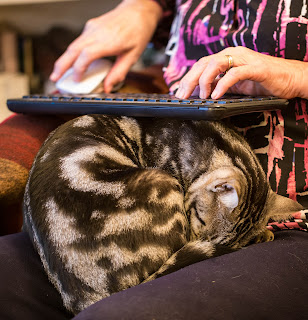 At the end of July he was referred to a specialist practice, where he stayed for six days. His insulin was changed and all proceeded smoothly until the middle of October, when he stopped eating. 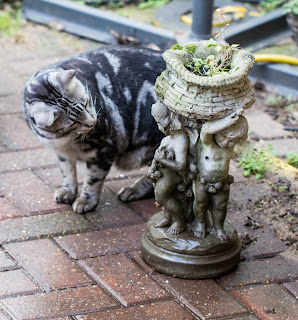 People?
Again, Jellicoe was very dehydrated and had to be put on a drip. He stayed in hospital for six days. His insulin was changed for the third time and we agreed a new regime with the vets. Feline diabetes can be very challenging to treat and we were told that Jellicoe’s case was particularly difficult. We have learnt a lot and I think the vets may have added to their knowledge, as well. In addition to insulin injections twice daily, he is fed four times a day. He has now been home with us for a month and every day is a bonus, because we thought he was a goner so many times. 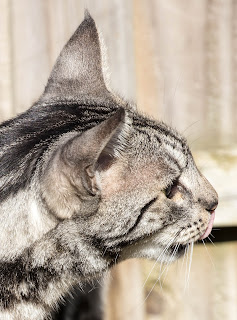 Talk to me
Clearly, he is feeling very much better, because he is batting his brother (who is one third bigger and heavier than him) and charging round the house every evening, like a soul possessed. 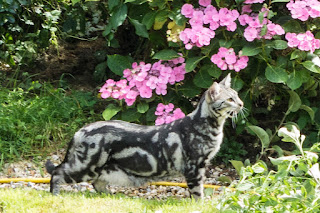 Our vets have given him a 'Braveheart Award' - I think he's earned it!
Then what happened?
Posted by jabblog at Wednesday, November 30, 2022