When people ask what we’ve been doing, I always say, ‘Nothing’, or ‘Not much’, because what has been happening in our lives may seem inconsequential, compared to what other folk have been up to. Time passes and it’s not filled with exciting trips abroad or fabulous meals in smart restaurants or trips to the theatre. Nonetheless, our time is fully occupied.

Our oldest grandson was married in August 2021. It was a beautiful day with perfect weather and it was so good to meet all our family after such long times apart.  Our grandson and his wife are expecting their first child, a daughter, in March next year.

In March 2021, Ariella was born to our second granddaughter and in August 2022 her parents were married before their son was born in October. We were unable to attend as by then it was impossible to leave Gus because he fretted so much if he was left alone, despite having canine and feline company. He needed his own humans – no-one else would do.

In 2021, we had a dog-sitter to look after the dogs (and cats) but a year later Gus was thoroughly dependent on us. He missed his sister, as Jenna had died in November 2021, at the grand age of 16, quite remarkable for a Labrador. 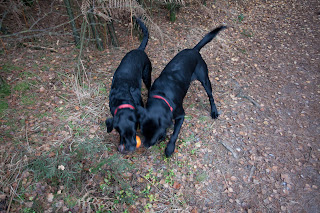 Jenna and Gus when young 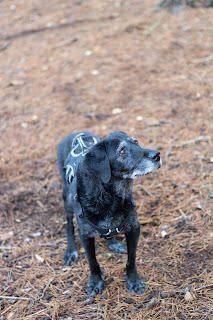 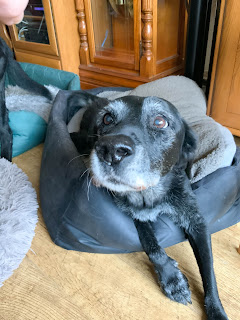 In April 2022, Bertie required extensive dental surgery and jaw reconstruction. He recovered well, but by May, a month or so after his operation, he began to be fussy about his food. Bertie was unusual, in that he was never greatly interested in food, and Labradors are renowned dustbins. Nevertheless, he had always eaten whatever was placed in front of him, but quite suddenly he turned his nose up at his rations. Veterinary investigations showed that he was very ill and not likely to linger long. He still looked the handsome dog he had always been, was keen to go out for walks, remained the perfect gentleman he had been since puppyhood, but he was losing condition rapidly, despite regular B12 vitamin injections and appetite stimulants. We could have stocked a pet food shop with the different brands of dog and cat food we bought to try and encourage him to eat. We bought two or three chickens a week and cooked them in the pressure cooker. 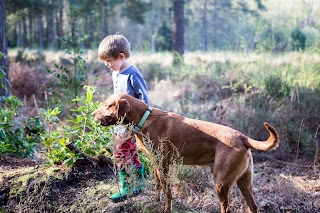 Bertie in his prime 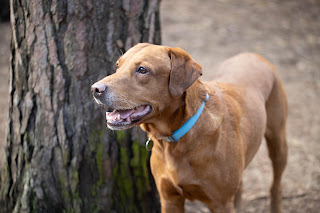 Most things worked for a while but eventually he was eating only minute portions and plain yoghourt. Our beautiful boy was fading away and we braced ourselves for his departure and then, shockingly, in August, Gus died. 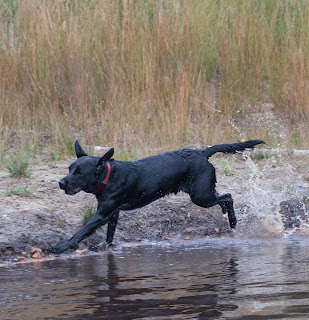 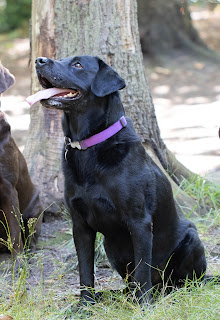 Gus
Gus was a big, strong dog, with the heart of a lion and the gentle temperament of a capybara, always inclined to avoid trouble. He had the sweetest smile and the most beautifully shaped front paws. He had developed arthritis in recent years, which was being well managed, and always enjoyed his walks. One night, he was crying and I had to get up to him several times, to soothe and comfort him. (Our dogs have always slept upstairs with us, often on the bed.)The next morning, after he had taken the morning air, he was suddenly unable to stand and I could see the pain and fear in his eyes. That was his last day with us. He was nearly thirteen.
Those of you who have read earlier posts may recall that we called him Augustus Lazarus Cooke, because as a newborn pup he had to be encouraged to breathe. Just at the point his breeder was about to abandon her efforts, he took a breath and never looked back. He remained very puppy-like in his ways.
We had expected Bertie to be the first to leave but he clung on until one day he was no longer coming to lay his head on my lap to have his ears stroked and was not interested in going for a walk. So that day, in October, Bertie departed this life. He was eleven. 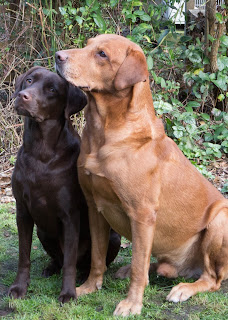 Roxy with Bertie
Now, abruptly, we were reduced to one dog. Roxy is seven years old and has never known life without another dog. 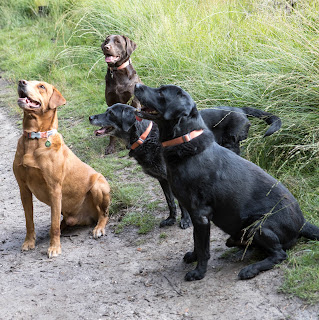 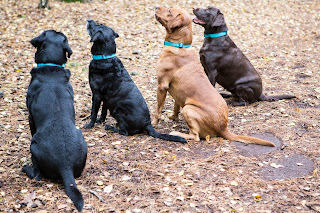 It is clear that she is missing her companions and although she enjoys the company of our daughter’s working cocker spaniel, Arthur is not a Labrador, and more importantly, he doesn’t live with us. 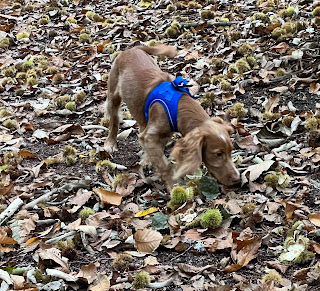 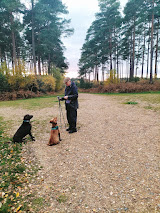 Roxy and Arthur with Barry

Every time she goes out she gravitates towards other Labradors. There’s only one remedy . . .

‘Dogs’ lives are too short. Their only fault, really.’ Agnes Sligh Turnbull.