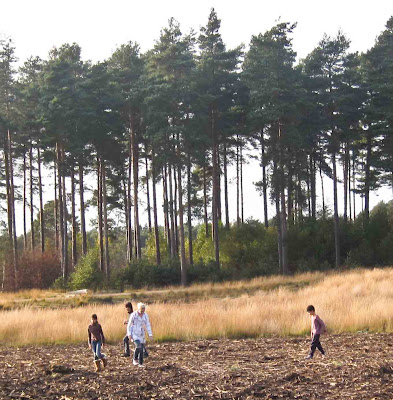 There’s nothing preferential in the order of subjects in the title – it just trips off the tongue better that way.
You may have registered my absence from the blog world, apart from a few comments here and there. I have taken up bed and breakfast duties - at least that’s what it has felt like for a few days.
It’s half-term in UK, a time when teachers sigh wearily with relief at the thought of a few days away from the demands of their students. The schools close for a week and the streets and shops are thronged with happy children and their sometimes fraught parents.
Gareth was scheduled to go to New York on business and as the trip fell in half-term Nina seized the opportunity to accompany him and visit friends in the city. Accordingly they asked if their children might come and stay with us for a few days. Naturally, we were delighted and so I drove to Buckinghamshire to collect them last Thursday. The car was filled with excited chatter as we returned to Berkshire, a lot of it being speculation about how much Bertie would have grown since they last saw him.
The dogs, Gus in particular, were delighted to see the children and made a big fuss of them. In their turn they greeted the dogs and were amazed at Bertie’s size. 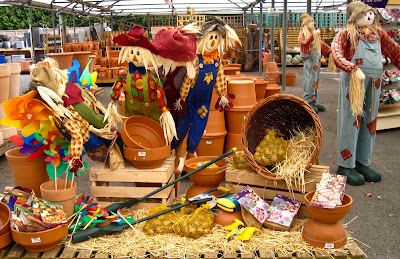 On Friday, Eve and I went to the garden centre where she chose violas and cyclamens for our tubs. We intended to plant them but just didn’t find the time. Elliot and I went to the bottle bank to deposit glass bottles and jars.
In the evening Gillian and her children arrived. Paul was still working on their central heating – it’s an intricate affair with what seems like miles of copper pipes, comprising a solid fuel burner with a back boiler to provide hot water, heated radiators and under floor heating in their conservatory. It’s complicated and time-consuming simply because Paul can only work on it when he’s finished his day job working on other people’s replacement kitchens, bathrooms, boilers. It’s a busman’s holiday for him, poor man!


The cousins were very happy to see each other. The last time they were all together was in August when we went camping.  The boys slept together and Kiri and Eve shared a bed. Marnie found their giggling too much and invaded Gillian’s bed. 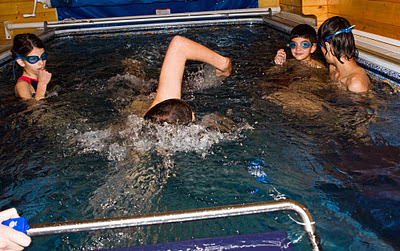 The next three days passed in a blur of children of varying shapes and sizes and dogs of different ages with Winston alternately cuddled by young humans or chased by puppies. The children swam in the pool – sometimes twice a day - and we walked in the forest each day. 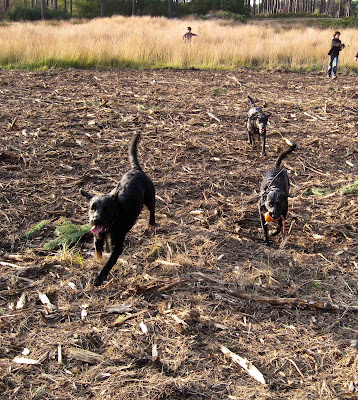 That was always a protracted affair with several people and dogs but the weather was beautiful, with warm sun and clear skies. 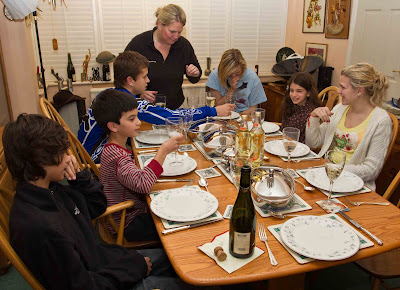 On Sunday evening we had a birthday supper for Marnie as it was to be her eighteenth birthday on Tuesday and she was going home on Monday. Despite Gillian’s best endeavours to leave early it was evening by the time they set off, having walked and swum and eaten together once more. We gave Marnie her present – a satnav to ensure she need never get lost in her car - and she used it in tandem with Gillian’s device on their journey back to Dorset.
After Gillian and her family had left, the house felt strangely quiet, although there were still two adults, three children, three dogs, one puppy and a cat. The dogs felt it, too. Bertie seemed quite bereft, having spent all his time with Buster, even sleeping with him at night in the puppy pen in our room. He made up for it by chasing Winston even more exuberantly than ever. Gus had missed playing with Bertie who had been completely absorbed in frolicking with Buster, so he was happy to have his playmate back. 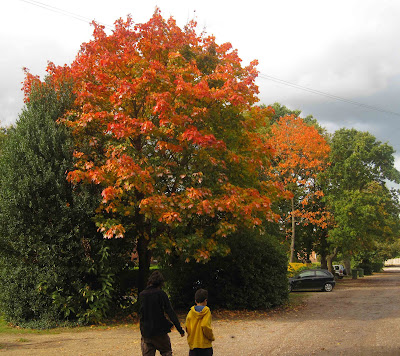 On Tuesday, we walked to the village and played ‘guide dogs’ on the way. This game involves one person pretending to be blind and being guided by the others. I was amazed by the children’s wholehearted participation.  Louis was the first to play blind, and he shut his eyes and trusted his safety completely to his siblings. Elliot and Eve were the same in their turn.
After lunch the children and I took the dogs out. We left Bertie at home as he was very tired after the weekend’s exertions. The sun was shining in a blue sky when we began our afternoon walk but soon the heavens opened and we felt the full force of Nature’s power shower. Eve and Louis had hoods on their tops so were partially protected. Elliot and I had no head covering and were soon drenched. Fortunately there was no wind or we would have been chilled very quickly. We all had hot showers and a change of clothes when we got home.

The children knew that Nina was due to land on Wednesday and were up and packed very early in the morning. In the way that children approach these things they had forgotten about the clothes I had washed! They were so pleased to see their mum again and to be back in their own surroundings. Nina had had a wonderful time catching up with old friends but she had missed her children just as they had missed her. I know they enjoyed staying with us and spending a lot of time with the animals and we loved having them but there really is no place like home.
Gareth flies into UK on the 'red eye' on Saturday and I know he will be relieved to be home once more.
I had forgotten just how much time is spent preparing food, clearing up after meals, washing, tidying, overseeing children. To think I used to do it automatically and go out to work full-time! Now my daughter and daughter-in-law execute the same tasks without even thinking about them.

So now it’s just Barry and me and the animals again. Our house never feels completely empty but it was lovely to have young ones with us again for a while. Children fill a home in a way that no other beings can J
Posted by jabblog at Friday, October 28, 2011