Spring has sprung, the grass has ris’,
I wonder where the birdie is?

There he is up in the sky,
He dropped some whitewash in my eye!

Spring is coming on apace and there has been activity in the pond. 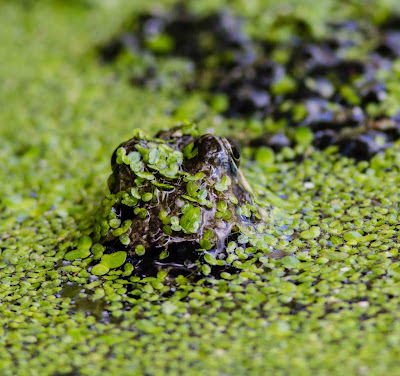 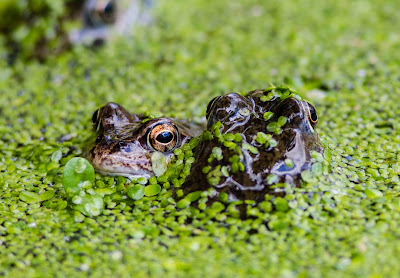 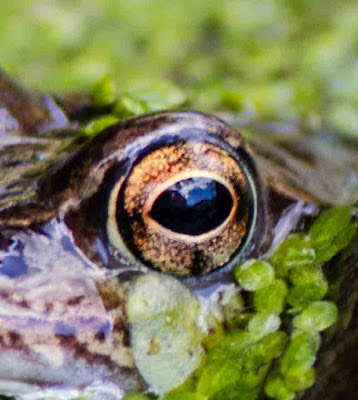 Look into my eye! See the humans' house.
We have not heard the great chorus of frogs that has been customary in the past and there are certainly not hundreds of them in the water. They started calling later this year and are still croaking now so something has changed in their world. Overall, numbers have been dropping over the last three years and this spring they are sadly depleted. 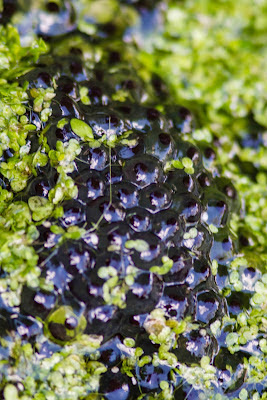 Nonetheless, they have laid great swathes of spawn which appears to be developing healthily. 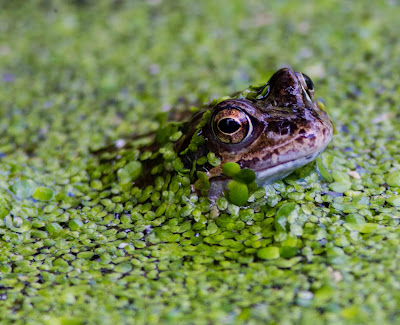 One thing that is really flourishing is the duckweed (Lemna minuta) The plant mass can double in size every two to three days during the summer but in our pond it dies away almost completely in the winter. We keep it under control by raking it off the surface and composting it. I don’t object to it – its little leaves are quite pretty and provide some shelter to frogs and fish. 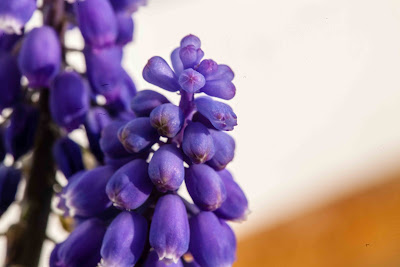 We have daffodils aplenty and strong, bright grape hyacinths (Muscari) Our first early-flowering tulips have appeared and I noticed forget-me-nots this morning. 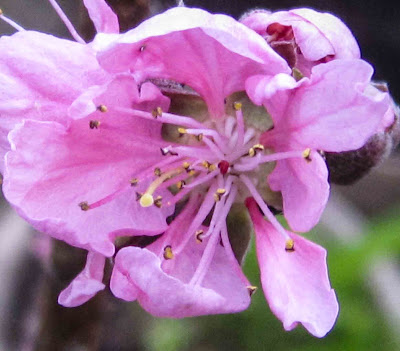 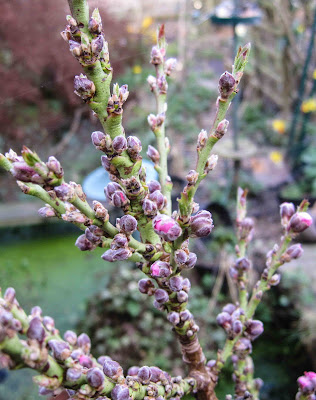 Nectarine (Prunus persica variety nectarina)
The nectarine on the patio will look stunning if all the hundreds of buds open. Two days ago there was one flower; today there are many more bursting.

A week ago it was the woodpeckers that were most audible, drumming on the trees. In the last couple of days the crows have been extremely vocal. Our feeders are well patronised. Long-tailed tits, blue tits, great tits and coal tits flit in, cheeping and cocking their heads, always keeping an eye open for enemies. The starlings continue to squabble and scream at each other in a friendly sort of ‘we love to hate each other’ way. Wood pigeons stumble onto the fat cakes and magpies and robins and nuthatches fly in to sample the feast. Blackbirds search for wriggly meals and sound their alarm calls at the first hint of danger. After a noticeable absence last year, when I saw just one collared dove, I have already seen a pair this year and hope they will return to nest in the garden.

The fur I’ve groomed from the dogs waits to be collected by the tits for their nests, and butterflies – those ‘self-propelled flowers’ (R.A. Heinlein) - dance in the sun and settle occasionally for a photo call. 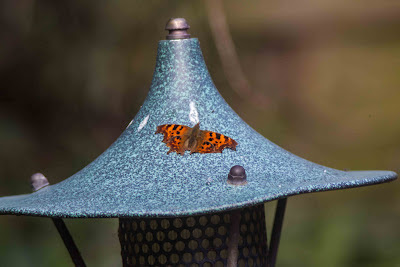 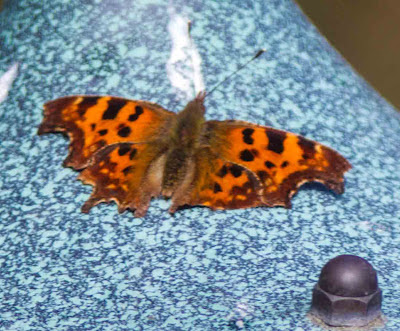 The Comma (Polygonia c-album) is one of the first butterflies to be seen, appearing from late February. Much of the males’ time is spent looking for a mate – are the females playing hard to get? It’s interesting to reflect that a century ago the Comma was a rare sight but now is common throughout England and Wales and may soon colonise Scotland. A few have been spotted in Ireland in recent years. It’s good to hear of their success. 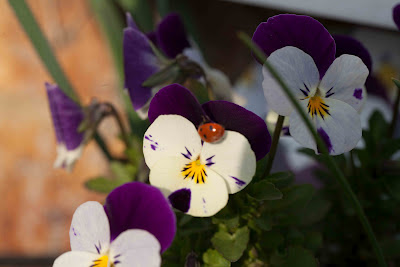 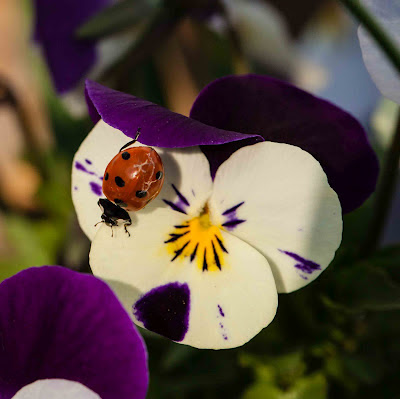 This is such a beautiful time of year when all things are full of life and growth and each day brings more treasures to light. The world becomes brighter and more colourful with every passing day and everything, birds included, looks as if it has been freshly painted.
Posted by jabblog at Saturday, March 24, 2012