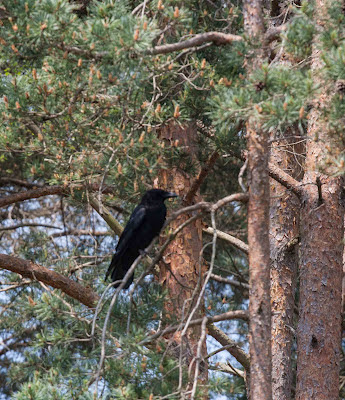 Waiting . . .
Our suspicions that Bill and Beatrice Crow were expecting the patter of tiny claws were confirmed last week when we spotted two young. 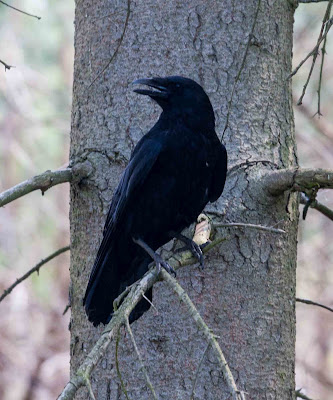 Demanding . . .
The parents are very assertive around us now, demanding food as soon as we appear in their territory. Bill approaches very close, followed at a safer distance by his mate. He has always been bold, Beatrice less so, but I suppose the demands of their offspring have made them both more confident. The two youngsters can fly but still depend on their parents to provide sustenance. 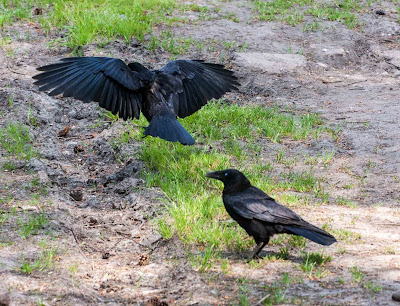 Beatrice flies off. Bill has pale blotches on his wings.
We cannot tell whether they recognise us, or the dogs, or a combination of the two. They were a little wary when Elliot, Eve and Louis were staying with us and accompanied us on an evening walk a couple of weeks ago. They soon seemed to realise that the children were part of our pack and meant them no harm. That’s probably anthropomorphic but it’s difficult not to apply human reactions and reasoning to them. They know the route we normally take and fly ahead of us and wait for us to catch up. 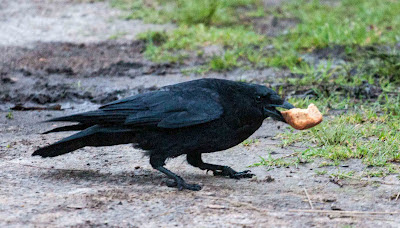 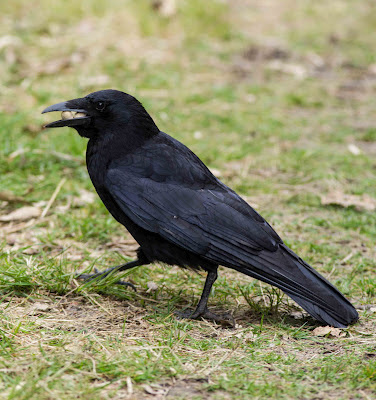 How much can I fit in my beak? 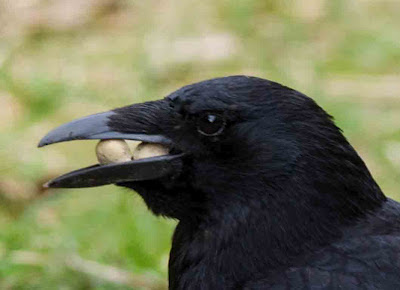 Bill is greedier and more observant than Beatrice and tries to collect as much as he can fit in his beak. He picks up the food immediately and flies off with it. Beatrice is more cautious and picks it up, then drops it and picks it up again. 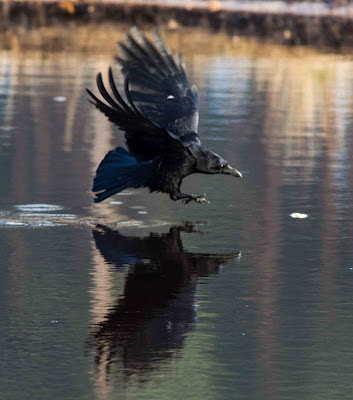 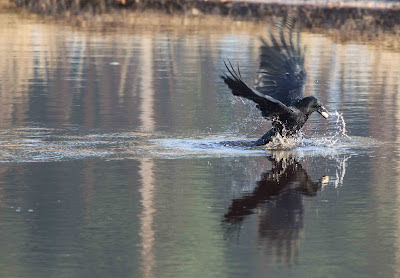 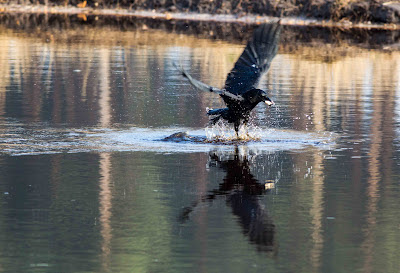 Water-skiing?
They are so used to the dogs that they fly down to gather biscuits from the water while the dogs are swimming in it.  Invariably they pass over the pond to spot exactly where the food is then swoop down and grab it. Legs and tail feathers are momentarily dipped in the water – a heart-stopping moment for us as we wonder what would happen if they miscalculated and found themselves submerged.

However, strong wings carry them safely away from an environment that is not their natural element. 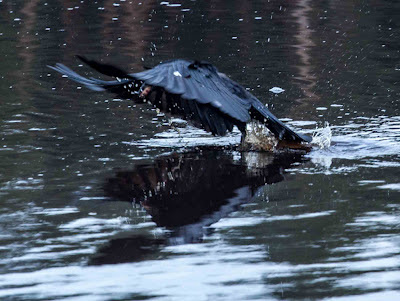 This is Bill, with the blotchy wings 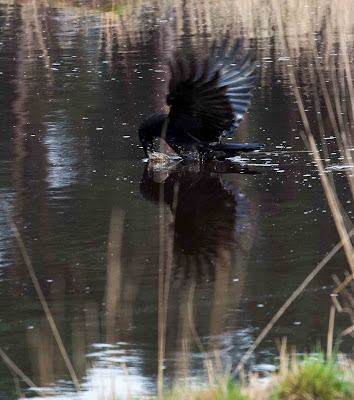 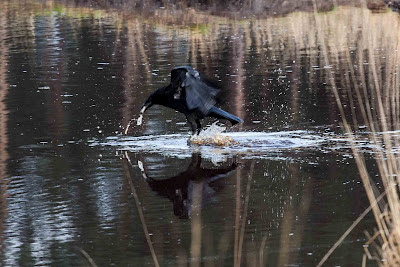 Water-softened food . . .
We have not yet managed to take photos of the young ones - they're very wary. We wonder if the youngsters will learn from their parents that we are a source of food or whether, when they are independent, Bill and Beatrice will chase them away like other crows.