Buddy is a teacher 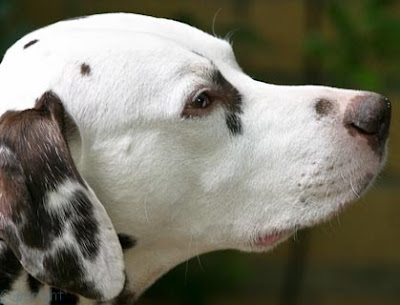 A belief that Barry often reiterates is that teachers will not, cannot be told. This is a direct result of having been married to me for harumphety-humph years. A teacher is autocratic, accustomed to controlling his or her own small universe – the class! For my husband, teachers are a caste apart – they are poor listeners (I’m not!!), think they know best (obviously we do!) and never allow adverse criticism. This is why OFSTED inspections are so painful!

Parents who tell us we’ve done wonders with their child/ren are welcomed with beaming smiles and open arms. Those who are less happy are clearly deranged. To be honest, it is challenging for teachers working in isolation (apart from 20 to 30 pupils – and I used to have nightmares about the whole class revolting – no, some of them were repulsive ;-/ – rebelling against my feeble attempts at order and discipline . . . )  - I repeat, it is difficult, nigh impossible to be objective about one’s performance.


So, okay, the infants have ignored your instructions/advice/tutelage to refrain from licking each other, your shoes, the windows, the floor, but you’re doing your best. They won’t sit down, they keep sitting down, they won’t talk to you, they won’t STOP talking to you – in short, they won’t do as you ask/ cajole/bribe/order them to. You might as well be talking to yourself. It’s my belief that retired teachers of very young children are easily spotted because they chatter away to themselves, regardless of other people. You know they’re not using mobile phone earpieces –teachers are accustomed to the sound of their own voices and are not really interested in what their fellow humans may have to say.


Having exhausted all avenues of communication and feeling extremely foolish after trying to demonstrate what is expected – the infants, mildly interested for a few seconds, stare bemusedly with fingers in mouths or noses or other orifices, their own or another’s and then wander off to pursue different activities - a few teachers give in and let the children play all day, claiming that some spurious research validates this method of teaching. Others decide to leave the profession and take up a formerly despised nine to five job where the work can be left behind at the end of the day. Yet more will never give up – it’s the long holidays, you see.


If you are one of the stayers you cannot admit that the atmosphere in your classroom is NOT GOOD ENOUGH so you blame the weather – too hot, too cold, too wet, too windy. Then you place a layer of guilt at the parents’ feet – too strict, too lenient, too inexperienced, too old to cope, too pushy, too complacent – but that doesn’t work. Next to assume the mantle of culpability are the rest of the staff – Mrs H lets them do as they please, Mr K shouts at them, Miss W doesn’t like them, Ms Y works them too hard. No, no good there so the last one almost the last one to blame is the headteacher – she doesn’t know half the children, he never comes into the classroom, she babies them, he patronises them, why can’t she take a class occasionally? When you finally accept that none of the aforementioned can really be responsible for the absence of harmony and authority in your room (all the other rooms are deathly quiet or have what teachers like to refer to as ‘a working hum’ – the hum is often not just in the noise, either, but that’s another story!) there is really only one person whose shoulders must bear the burden of condemnation and that is yourself, at which point, according to your temper temperament, you weep, shout, laugh, swear (but not in front of the children) or storm out, never to return.


Now I had not meant to go off at this tangent, or indeed, any tangent at all. Suffice it to say that I should never have gone into teaching. I’m not very good with children. I couldn’t do anything with the four I gave birth to so expecting to cope with other people’s offspring was a given no-no. I should have been a librarian or a shelf-stacker or a postwoman – healthy life that, with all the walking and the heaving about of heavy sacks in all kinds of weather. 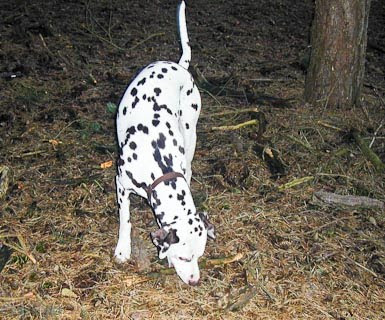 I said that Buddy is a teacher and maybe he was one in a former life. His attitude is that of any this teacher. He’s very independent and quite fastidious and definitely always knows best. He’s an old boy now and needs a little assistance to go up and downstairs. Sometimes his back legs go into a position, parallel to his body, where he cannot use them to lever himself to his feet. During the day he alternates between garden, sitting room, kitchen and conservatory. I don’t need a keep-fit regime – I’ve got Buddy. When he’s in the sitting room his chosen bed is the three-seater settee, suitably draped in a succession of colourful throws, for ease of cleanliness. He prefers to have a clean couch. Whether or not he is able to ascend his throne is governed by a number of factors:


1:  Has he had a sufficiently long run-up stagger-up?
2:  Are the settee cushions settled firmly on the support? (they should be, I put them in place a hundred times a day!)
3:  Is there a mat next to the settee so that his paws don’t slip on the wooden (laminate) flooring?
4:  Has he got the balance right so that he can lie down where and how he pleases? (This morning I heard him grizzling and when I investigated he’d pushed open the patio door with his super-strong nose and attempted the ascent of the sofa but slipped and landed half in and half out of a dog basket. He was stuck there like a stranded beetle, though not on his back, so not really like a beetle at all.) 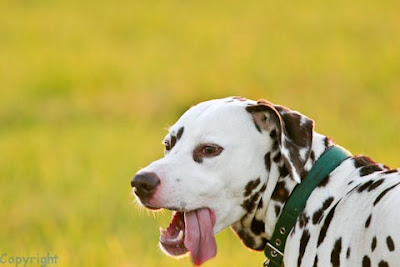 Sometimes Buddy cannot quite manage the last push and a gentle touch on his harness gives him the confidence to continue the clamber onto his bed. That is quite acceptable to him – after all, we both know he’s done most all of the work himself. On other occasions, thinking to help, I will lift him onto the settee and settle him down. As soon as I leave his side he’s climbed off again and determined to do it all by himself – and he does. Just like a teacher, see? Won’t be told, won’t be helped – I’ve just realised why, actually, this very moment. He was born under the sign of Aries, just like me, so he shares with me all the characteristics of that stubborn animal. So, Buddy isn’t a teacher – he is a Ram! 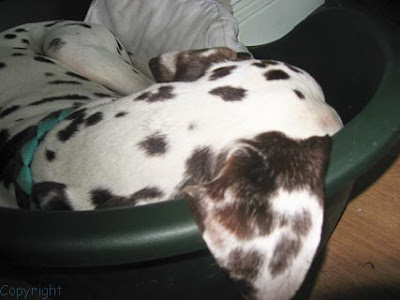