The Adventures of Frodo the Faller (2) reworked

This is a reworked post in response to interest shown by some of my commenters. 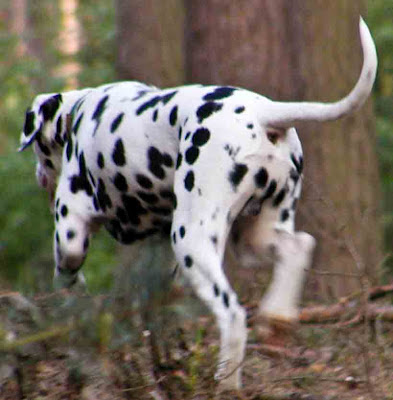 Deciding that the dog show world was not for our beautiful naughty boy was a blessing in disguise. Frodo had not started his Falling career at that point so we, or rather I (for my husband is patient with my wild dreams and ambitions but does not commit himself as readily and foolishly as I) was regretting his foreshortened profession as a Top Stud Dog since to achieve any success or even desirability (in the eyes of breeders/owners, that is; I don’t think the brood bitches care one way or the other what their mates look like) he would have to be paraded, sorry, exhibited, at many a Championship Show in order to gain his ‘tickets.’

Now to the general public tickets mean travel but in the rarefied atmosphere of the Dog Show World they mean kudos for the breeder/owner and the chance for the male dog to get his leg over. The bitches stand to be ‘served’ and it doesn’t seem like a very enjoyable experience for them. Unfortunately, they cannot lie back and think of England. In addition they have to suffer the indignity of being ‘tied’ for anything up to an hour, twenty minutes being the average. 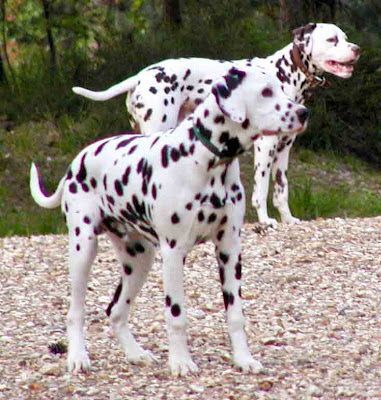 This is the time when free-mating dogs in public can find themselves doused with cold water as shocked humans who find the whole process disgusting and even more so when displayed by dogs and cats, attempt to separate them. A torrent of water merely panics the dog and bitch who cannot escape from each other even though, soaking wet and cold, that is probably their dearest wish. It’s Nature’s way of ensuring ejaculation and impregnation.

On one occasion many years ago we had a dog and bitch mating. In our innocence we thought we would be able to keep our recently acquired three-year-old ex-stud dog away from our six-year-old frothy bitch. (We now have our female dogs spayed when they’re young!) He was much wiser than us! The resultant tie was observed by our eldest daughter, then nine years old. It didn’t have a damaging effect on her though she did enquire whether it happened to humans!

In my imagination Frodo had achieved and excelled in all the necessary stages of his calling and had become Sovereign Top Dalmatian, indeed Supreme Super Stud of the Natural World, were there such a title (though there’s much that’s rather unnatural and ill-advised in the Canine Canon – consider that the tiny Chihuahua and the stately Great Dane are both descended from the wolf!) I had not considered how I was going to manage his active life as a Dog in Demand. Where were the matings to be performed? Should the trysts take place in the kitchen or maybe the conservatory? How was the bitch to be accommodated during her stay? Perhaps the spare bedroom would suffice. 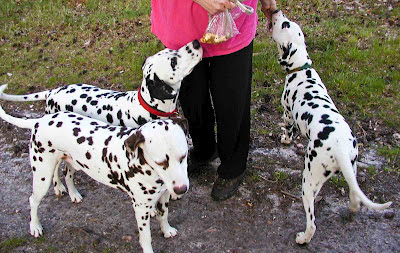 Even more, I had not thought about the times – and there certainly would be some – when his services would not be required. Did we really want our boy humping everything in sight, including our other dogs, our cats, the furniture, my mother-in-law’s legs?


No, Frodo the Stud Dog was really a non-starter, particularly when he began his Falling career, of which more anon.