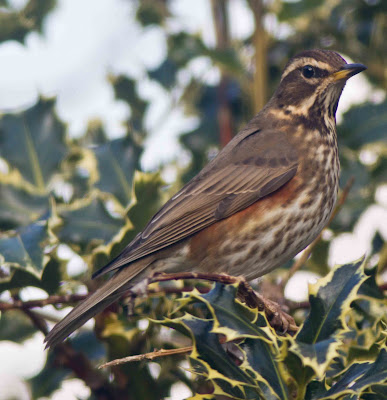 Yesterday I was pleased to see a Redwing (Turdus iliacus) eating berries in the holly tree. We didn’t see any Redwings last winter and I had been wondering if we would see any this year. Soon I realised there were two birds in the tree and many photos were taken. 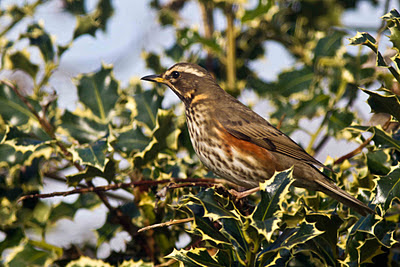 Today there have been regular excursions to the tree by several Redwings – I counted seven in and on it at one time and there may well have been more. Sometimes this small flock perches in the tree gorging berries. 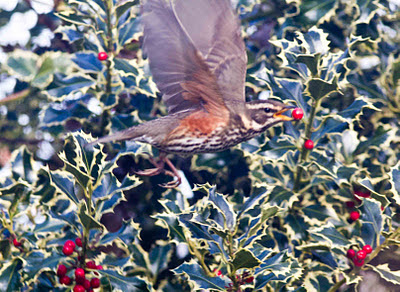 Occasionally they fly off carrying berries in their beaks as well as in their crops. 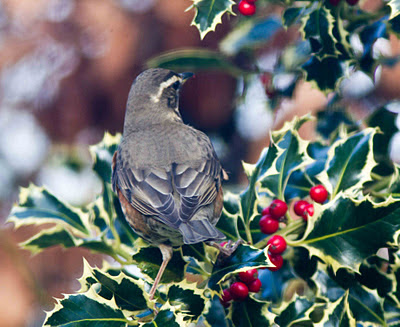 The Blackbirds and Wood pigeons have steered clear of the holly during the last couple of days giving the Redwings free range.

The Redwing is a widespread winter migrant in Britain and Ireland. The greatest concentrations are seen in central and southern England and southern Ireland. Redwings arrive in September, leaving again in March or April. Those in Scotland have probably flown from Iceland while those from Scandinavia winter in the south of England and as far south as North Africa and the Mediterranean. Fewer than fifty pairs breed in UK – some sources say fewer than twenty - and there is concern about the decline in numbers. 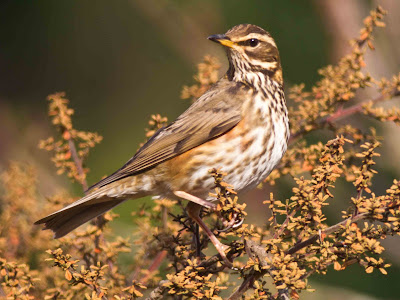 The Redwing is the smallest of the thrushes, just 21 cm (8½”) long. I couldn’t identify males, females, juveniles – they all looked much the same to me. What I found really fascinating were the sequences that Barry shot of them eating, well, swallowing anyway.  I shot some too, but his are much better. 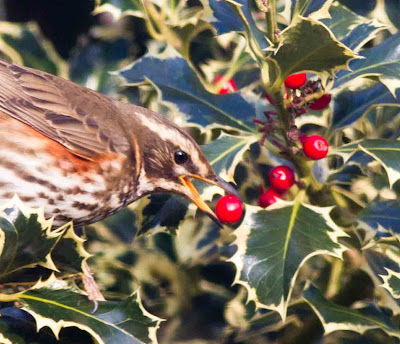 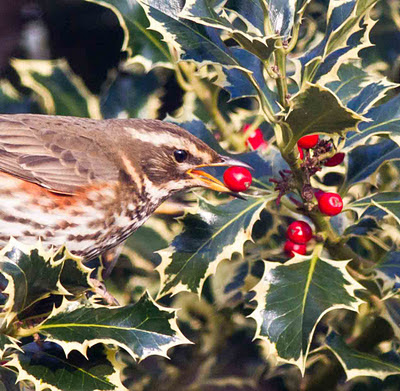 Carefully does it - don't drop it 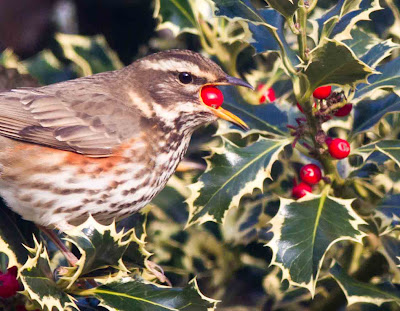 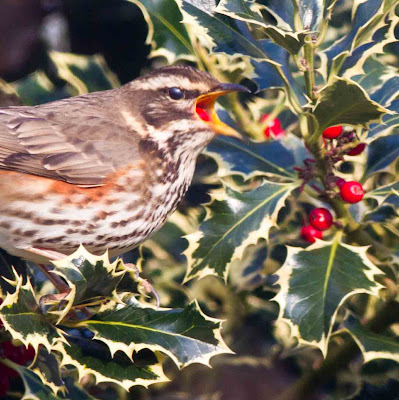 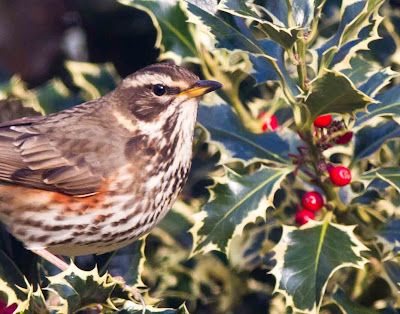 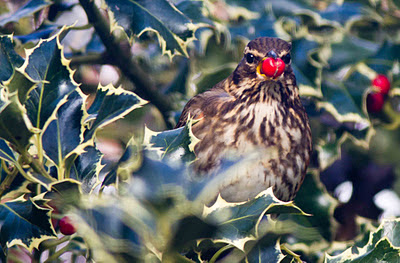 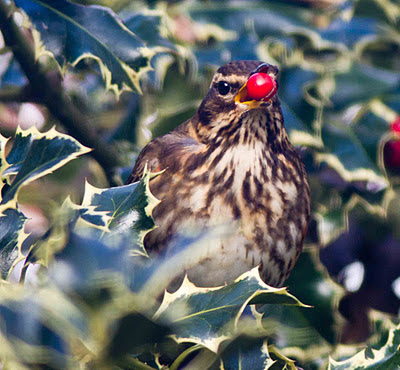 It looks a bit more of a beakful from this angle 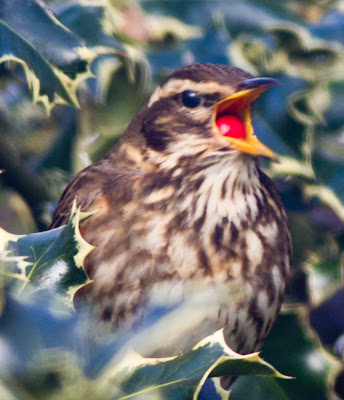 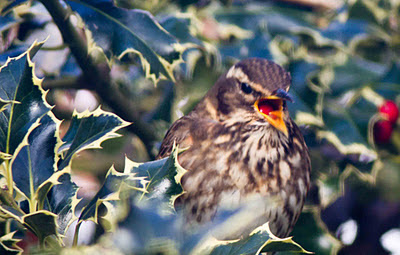 Down the hatch
Much of today has been spent reporting – ‘they’re back’, ‘they’ve gone’, ‘there are four, no, five, six, no, seven’ (voice rising to an excited shriek at seven) We may not see them again but that’s part of the entertainment of amateur bird-watching. I was expecting to see a Sparrowhawk dive into the tree but that didn’t happen. I was glad about that though of course poor Sparrowhawk has to eat too.