When a butterfly flutters its wings a hurricane – or some other catastrophe - will occur months later somewhere in the world. That is a simplistic and oft-repeated illustration of the complex and fascinating concept of Chaos.
Last night we were watching a television documentary about Chaos Theory ('The Secret Life of Chaos', broadcast on BBC4 in January 2010) in which Professor Jim Al-Khalili explained how chaos theory is intrinsic to the laws of physics.
Being, like A A Milne's 'Winnie the Pooh', a Bear of Very Little (Mathematical) Brain I shall need to watch this documentary many times. There were some beautiful images and I tended to get swept up in them and miss the salient points! I understand though that mathematics can begin to explain how life evolved.

Monty was very interested in the programme and I'm sure he will enjoy it again the next time we watch it. 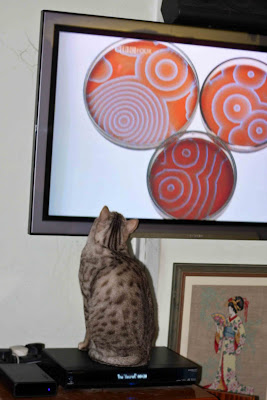 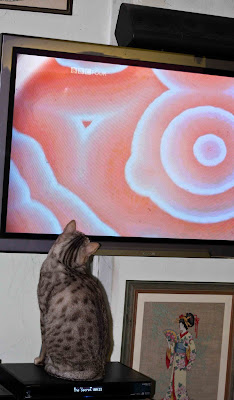 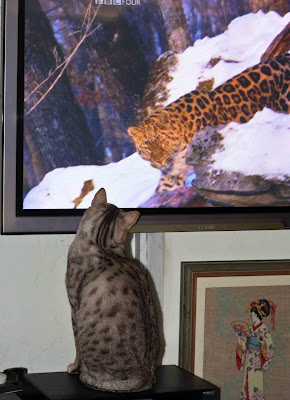 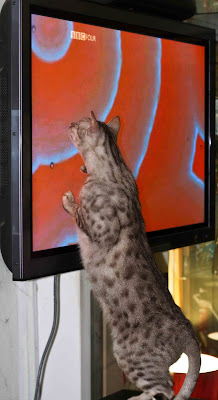 A much closer look 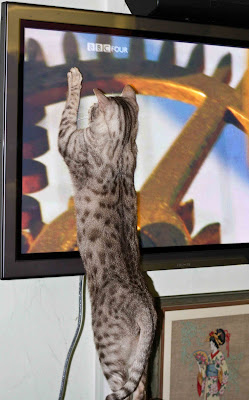 Nature is not mechanical and does not behave in predictable ways! 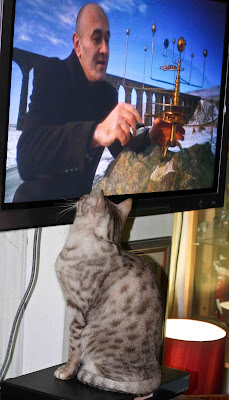 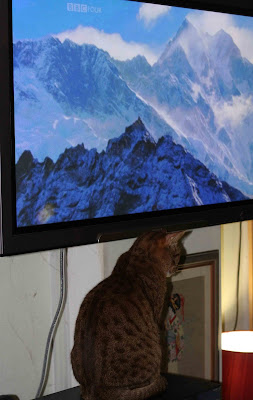 Winston watched for a while but stopped when he saw Barry with the camera! 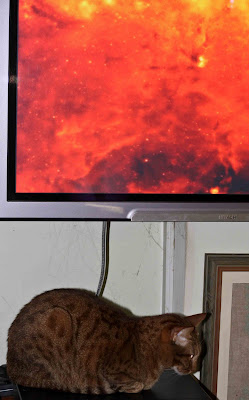 He's not the scientist that Monty is and astronomy doesn't really excite him. He's more of a literary cat.
Posted by jabblog at Friday, February 12, 2010