ABC Wednesday – K is for Kitchener

Horatio Herbert Kitchener was born in 1850 in County Kerry, Ireland. 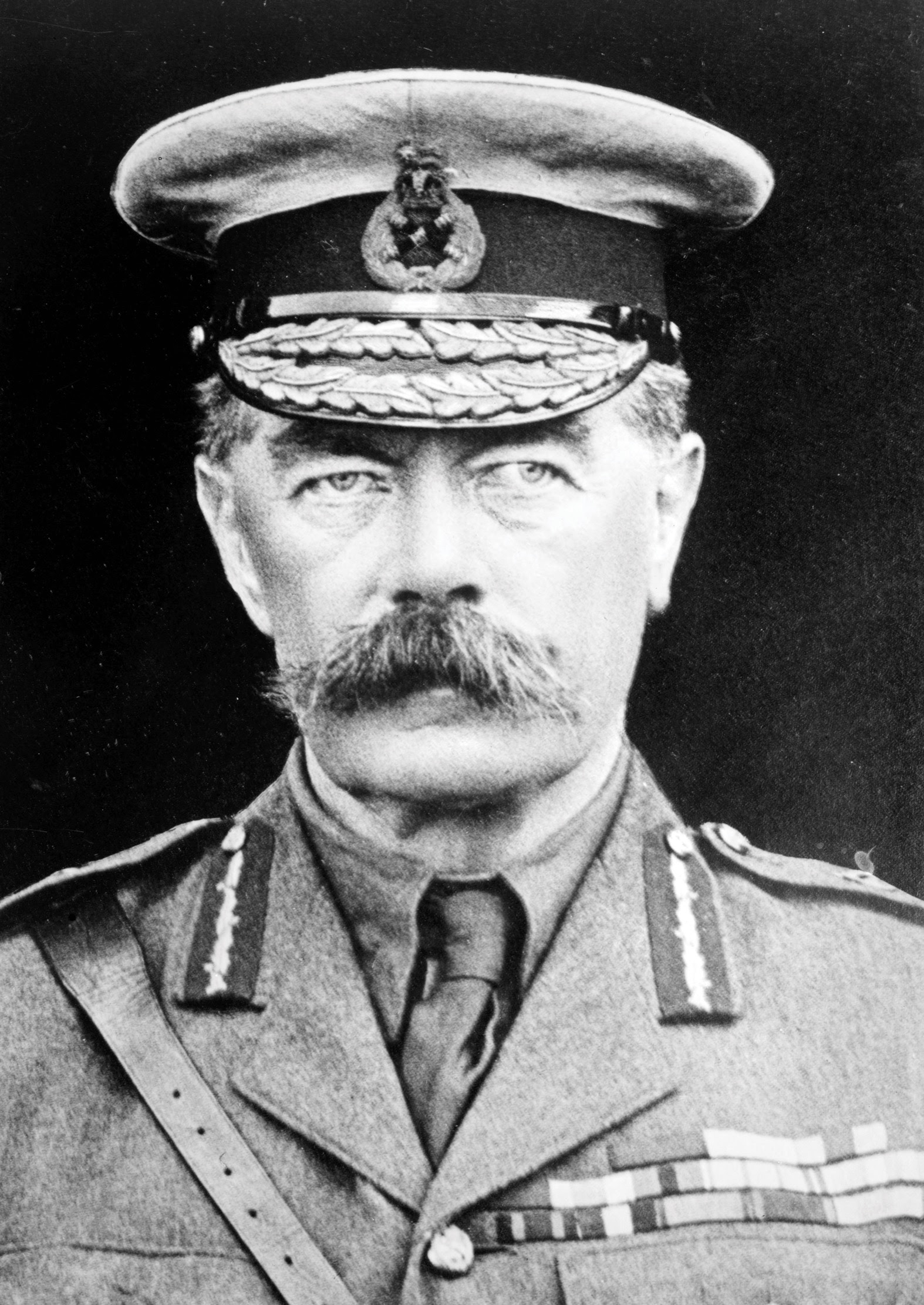 Image courtesy of Wikimedia Commons
He became a British Field Marshal who was titled Lord Kitchener of Khartoum after winning the Battle of Omdurman in 1898 and gaining control of the Sudan. He was then appointed governor of Sudan. During his governorship he placed much emphasis on education for all children. He also ordered the rebuilding of the mosques in Khartoum, ensured that the Muslim day of rest – Friday – was recognised, and guaranteed freedom of religion to all Sudanese people.
This egalitarian, human side of his character is at odds with the popularly conceived version of his actions during the Second Boer War of 1899 - 1902. Following the failure of a proposed peace treaty in 1901 the Boers were brutally overthrown by a scorched earth policy through which farms, crops and livestock were destroyed, wells poisoned and salt spread on the land. Women, children and the elderly were confined in tented camps which became known as concentration camps. Most Boer prisoners of war were deported to camps overseas, in Sri Lanka, Saint Helena and Bermuda. The huge numbers of people in the South African camps quickly became too many for the British force to cope with. Insufficient space, poor diet, inadequate sanitation and scant medical care led to disease of epidemic proportions – measles, typhoid and dysentery all took their toll, causing the deaths of 26,000 of the inmates.
When news of the conditions in the camps became known there was an outcry even though matters had vastly improved by late 1901. Contrasting the horror of the camps was Kitchener’s justified decision to court-martial several Australian soldiers who had executed Boer prisoners of war. He signed the death warrants for two guilty officers who were then shot by firing squad. Nonetheless, Kitchener’s reputation was somewhat tarnished, though he was not solely responsible for events.
Until the outbreak of the First World War Kitchener served in India, where he reorganised the Indian Army, and in Egypt. When war was declared Kitchener was appointed Secretary of State for War. He predicted a long war, though many disagreed with him, pointing out that huge numbers of troops would be required to fight the might of the Germans and that there would be immense loss of life. 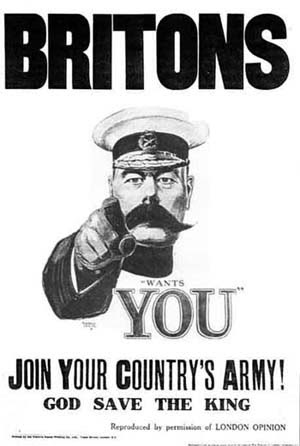 Image courtesy of Wikimedia Commons
Thus a colossal recruitment campaign was launched, featuring the face of Lord Kitchener on countless posters. Prodigious numbers of volunteers enlisted and were trained in what became known as ‘Kitchener armies.’
At the same time, Kitchener endorsed a Red Cross plan to urge British, Canadian and American women to knit ‘comforts’ for the troops in the trenches. Such comforts included mittens, scarves and socks, the latter based on a sock design of his own devising. This had a seamless grafting stitch, now known as the Kitchener stitch, at the toe which made the socks far more comfortable than the regulation socks which had seams that rubbed.
His involvement in the Gallipoli Campaign of 1915-1916, against his better judgement, and the Shell Crisis of 1915, when a lack of high explosives led to failure in the Battle of Aubers Ridge, made his political future uncertain. The Liberal British Government was brought down and a coalition government formed. Lord Kitchener’s responsibility for armaments was taken over by a newly formed ministry under David Lloyd George.
Interviewed by politicians at the beginning of June 1916 about his administration of the war effort, Kitchener pointed out that at the onset of war in 1914 he had ordered two million rifles from a number of US arms manufacturers. By 1916 a mere 480 had been delivered. The same woeful story applied to the supply of shells. He had made strenuous efforts to procure stocks from alternative suppliers. The politicians, some 200, thanked him unequivocally for his honesty and his endeavours to keep the troops sufficiently armed. They gave a vote of thanks that was seconded by the man who had proposed a vote of censure (that failed) against his running of the War Department just a week before.
Thus exonerated, Field Marshal The Right Honourable The Earl Kitchener, now 65, prepared to sail the next day, June 5th, on a diplomatic mission to Russia.  Lloyd George was scheduled to accompany him but cancelled at the last minute. The ship on which he was sailing, HMS Hampshire, battling a force 9 gale, hit a German mine and sank off the Orkneys. There were no survivors and Kitchener’s body was never recovered. Many conspiracy theories followed his death.
This meme is organised thanks to the Kindness of Denise Nesbitt and her Kindred spirits.
Click here to see more Ks!
Posted by jabblog at Wednesday, March 30, 2011