Another traipse around the garden will lead you to a few things beginning with F.
We have Fish in our pond . . . 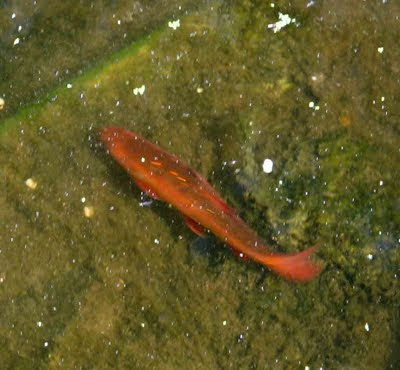 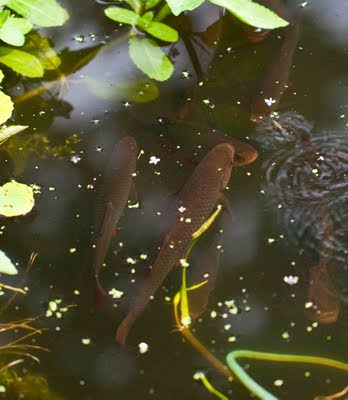 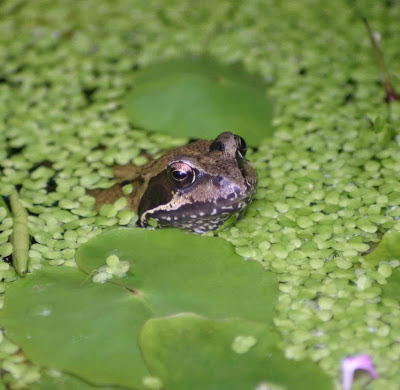 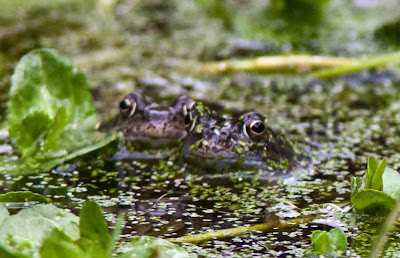 In summer there are French marigolds (Tagetes patula) which would speak Spanish, or possibly Portuguese, if they could, rather than French as they are native to South America. Hoverflies love them. They are useful companion plants, the roots producing a substance that deters eelworms (form of nematodes) and repelling whitefly on tomatoes. Medicinally, a liquid concentrate from flowers and leaves is used in eastern cultures to treat nosebleeds. 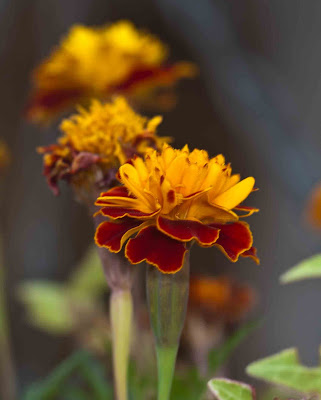 Yellow dye from the flowers is used in food and textile colouring.
The flowers of Tagetes patula can also be harvested to extract the essential oil which is blended with sandalwood oil to produce ‘attar genda’, a perfume popular in India. In the west research is being conducted to determine the efficacy of the oil as an antifungal remedy, particularly for the treatment of candidiasis (thrush) and fungal diseases in plants.
French marigolds were brought to England by Huguenots (French Protestants) escaping from France after the massacre of St Bartholomew in 1572. Under the influence of the French queen, Catherine de Medici, Roman Catholic mobs killed tens of thousands of Huguenots.
Forget-me-nots (Myositis) bloom in the spring and early summer. They prefer moist growing conditions when they will self-seed readily. 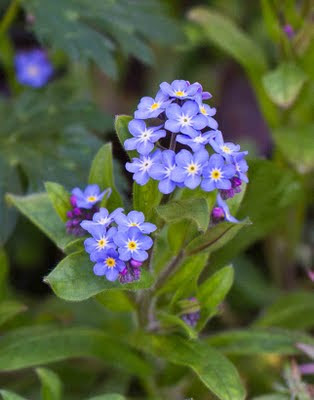 You can find out more about them here.
Also flowering at the same time as Forget-me-nots is Firethorn (Pyracantha) With its strong, sharp thorns this plant can be grown as a very efficient barrier to intruders. In addition, it provides dense cover for roosting and nesting birds. 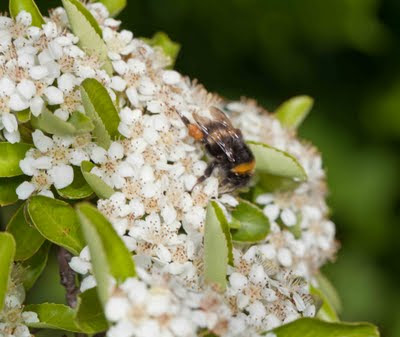 The flowers are profuse, attracting myriads of bees, and are a valuable source of nectar in June when there is a dearth of nectar-producing plants. 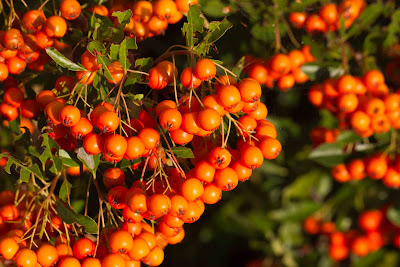 The berries are yellow, orange or red and provide a feast for birds during the colder months when there may not be much else for them to feed on.
The first Fuchsias were discovered in Hispaniola (now the Dominican Republic and Haiti) by a French monk and botanist called Charles Plumier. He gave them the name Fuchsia in honour of the German botanist Leonhart Fuchs. Fuchsias are an important source of nectar, particularly for bumble bees. 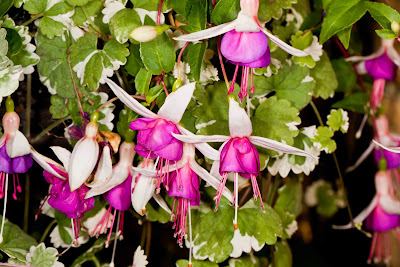 We plant them in hanging baskets but they can be grown as small shrubs or used for hedging.
Click here to see more Fabulous Fs.
Posted by jabblog at Thursday, August 25, 2011