ABC Wednesday D is for Dunnock 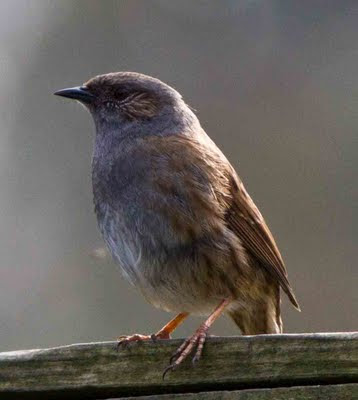 The Dunnock is not a showy bird and, like so many small brown birds, seems quite insignificant, not worthy of close attention. 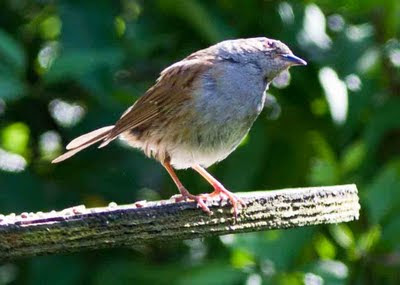 In fact the gradations of colour in its plumage are subtle. It is not merely brown, though from a distance it looks so. It is grey and buff, brown and black and sometimes the grey looks tinged with blue. It has a grey head with a grey eye-stripe and underparts. Its back is brown with black streaks and it has brown to buff flanks. 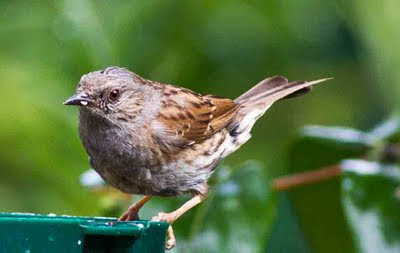 The Dunnock used to be called the Hedge Sparrow – in earlier centuries all small birds were referred to as sparrows. However, although it eats seeds for much of the year, it has the thin, sharp beak of an insect eater and forages for insects.  Sparrows have thicker, seed cracking bills. 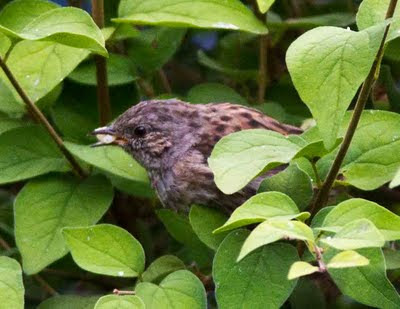 It has two to three broods a year, usually laying four blue eggs. In the south of England it is targeted by the Common Cuckoo which lays one egg in the nest; the egg hatches into a huge baby bird that pushes the resident babies out of the nest and endlessly demands food. Cuckoos normally parasitise the nests of birds that lay eggs of a similar colour but there have been only one or two cases of cuckoos laying blue eggs. 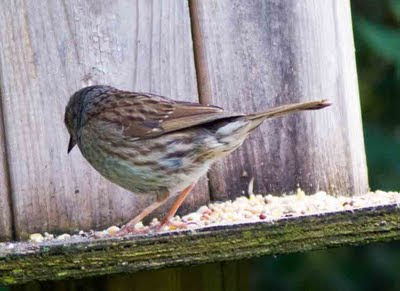 At the onset of the breeding season there is a flurry of activity in the Dunnock community. The females occupy their territory and invite males to join them. Sometimes a monogamous partnership follows. More often, in two thirds of the population, more complicated arrangements are made. A male may be polygamous, a female may be polyandrous – they may be polygynandrous, all parties relying on each other to raise the resulting young, which may all have different fathers! 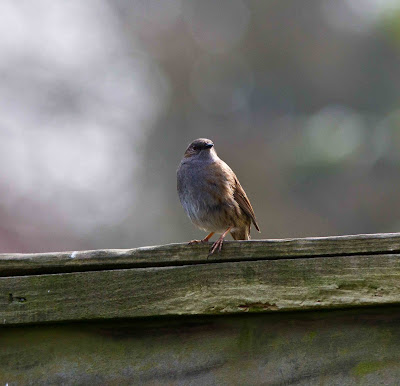