Exciting photographs of a ritual never before captured on camera in captivity!
Today in the conservatory we witnessed a remarkable phenomenon. As we attempted to fold the ladders to put them away we noticed they were inextricably tangled. Looking closer we realised we had chanced upon the mating dance of the step-ladders. The ladder on the left - the female - is a five step step-ladder. The male on the right has seven steps and is taller and broader than his mate. Note the black straps - a secondary sexual characteristic of the male. 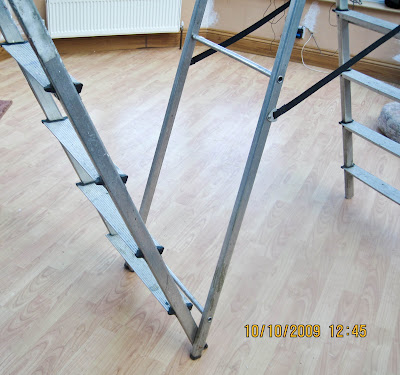 The photograph below gives a closer view of the male's technique. See how closely he embraces his mate. Can you see the black feet of the female? 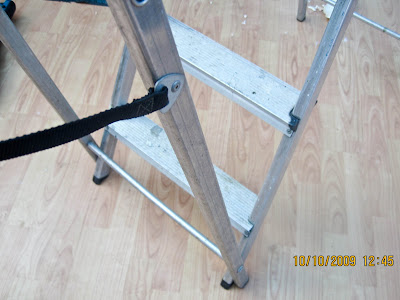 We were delighted to have the privilege of seeing this and anxiously anticipate baby ladders in the near future. We hope they will be six-steppers but of course we won't mind if they're not, just so long as they're sturdy and strong.
Thank you for sharing our joy.
Posted by jabblog at Saturday, October 10, 2009