Thanks go to Tess Kincaid who organises and hosts this meme J To read more Magpies please click here. 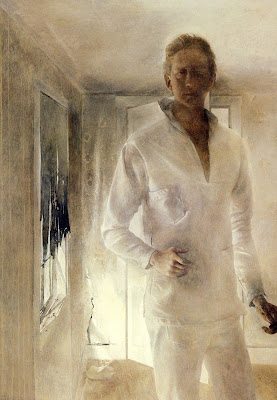 He looked at himself critically in the full-length mirror.  Not many men his age could boast a physique like his. He patted his stomach proudly. He still had all his hair, too, notwithstanding it was turning white and receding slightly. That made his forehead appear more prominent and gave him an intellectual air so he wasn’t displeased with that. There were a few lines around his eyes and mouth but they added character to his face and drew attention away from his pointed ears – his ears had always been a cause of vexation to him, but wearing his hair slightly longer helped to disguise them, he thought. There was a little too much chest hair for his liking but he disapproved of waxing – that was something for the younger generation.
He had been slightly surprised and not a little gratified when his agent had contacted him recently about some work. It was a few years since he had been active but he was pleased that he had not been completely forgotten. He had made his name – and his fortune – in a series of coffee advertisements. He wondered if they were to be updated. He liked the idea of recreating his persona as a mature man. Perhaps he would be expected to introduce a subtly mellow coffee for the connoisseur, like Monsoon Malabar or Old Brown Java. He breathed in, imagining the aroma, and smiled slightly.
His agent had been quite evasive but enthused that he was definitely well qualified for the work. He accepted that – she had always treated him well. At the studio he was greeted with courtesy and offered refreshment while the story line of the advert was summarised. When they reached the part about the wheelchair and the nurse he had been startled. He was perfectly able to walk, he said, and he really didn’t think he was old enough to be advertising a retirement home. They told him he looked the part, frail but alert, intelligent and engaging, and there would be a series and a sizeable fee.
Reluctantly he agreed and was soon enjoying a whole new career as the face of care homes throughout the country, wearing a white ensemble that became his trademark. Eventually he became known as the Man in White, fêted as the representative of the elderly. He became a minor celebrity once more and was booked to open summer fayres and new supermarkets. He was invited to take part in quiz shows and light-hearted debates.
He knew what his fellow thespians thought of him. Less fortunate than him and envious, they called him the Comeback Kid or, more unkindly, the Revenant, a reference to his spectral appearance in the advertisements. Little matter – he was happy enough.
Let them call him what they pleased – he was being paid for being old.
Posted by jabblog at Monday, September 12, 2011