The Further Adventures of Frodo the Faller – problem 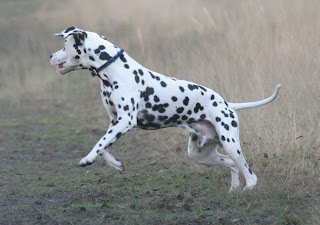 Frodo has more than justified our expenditure on his veterinary insurance so it wasn't really necessary for him to show us again how relieved we should be to keep paying the premiums. Nonetheless, a couple of months ago it seemed it was time for a sharp reminder. Suddenly the underside of Frodo's lower jaw had swollen into a large, amorphous mass. It wasn't causing any pain but he was behaving a little strangely, rather worried and somewhat ataxic. Barry duly took him to the vet who took an aspiration biopsy. Our vet felt it was possibly an abscess in the salivary gland.


During the next few days the lump shrank, hardened and moved to one side but when the results came back they were inconclusive so we were told he would need surgery to take a larger biopsy sample . . . £££! A date was fixed but later the same day - Friday 13th! - Frodo suddenly became very much more ataxic and hardly able to keep on his feet so he went straight in as an emergency case. The vet suspected that he had a tumour, possibly Lymphosarcoma.

We passed an anxious week, swinging between thinking Frodo's days were severely numbered and persuading ourselves that there couldn't be much wrong with our big, naughty boy. Mainly, we were preparing for the worst news but when it came it was quite amazing. The lump appeared to have been caused by an infection and our vet was astonished that it was not a malignant tumour.

Just to keep us on our toes, Frodo then had fits on two consecutive days; they were short-lived and he recovered very quickly.
Posted by jabblog at Thursday, April 23, 2009