There was a tiny spider on the conservatory the other day. Although less than 4mm it was a voracious hunter and as I watched it captured a small fly and proceeded to devour it. I don't like spiders generally but this one was so small and rather atttractively patterned. 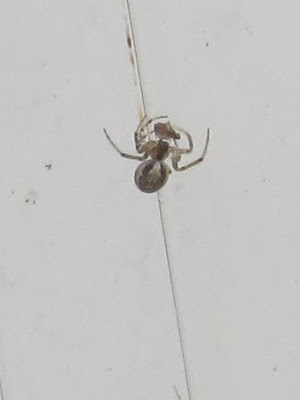 It is munching the fly in the following photograph, difficult though it is to see. 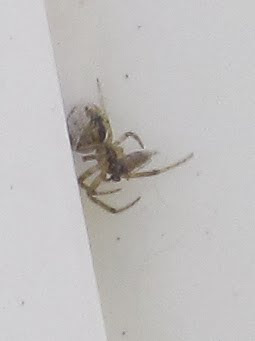 On the Japanese Anemone a hover fly hovered . . . 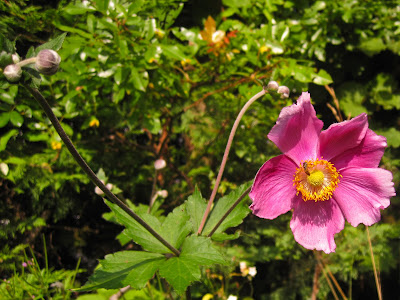 A ladybird was busy inside the antirrhinum . . . (this is the only photo that will enlarge . . . no rhyme or reason to it!) 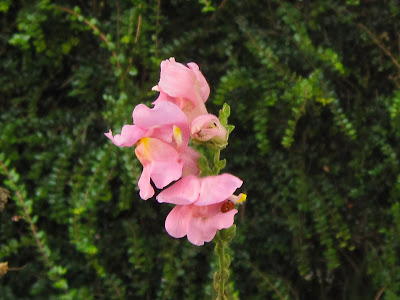 Thanks are due to Misty Dawn for creating this meme and to Misty and Tammy for hosting it.
To see more Critters please click here
Posted by jabblog at Saturday, August 15, 2009