Camera Critters #106, Pet Pride Thanks for the memories! 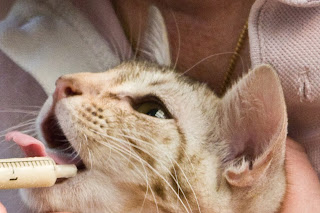 As a young kitten Monty suffered Osteomyelitis and nearly died. He had to be fed with a syringe. He was a very good patient! 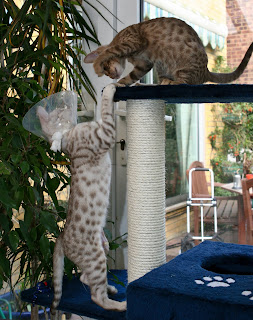 After surgery he had to wear an Elizabethan collar (buster collar or collar of shame) to stop him pulling out the drain in his leg. It didn't stop him playing with Winston! 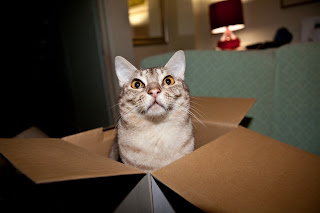 All boxes had to be investigated . . . 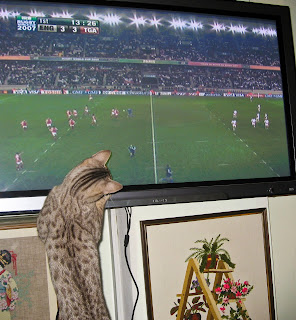 Monty was fascinated by television. He enjoyed rugby . . . 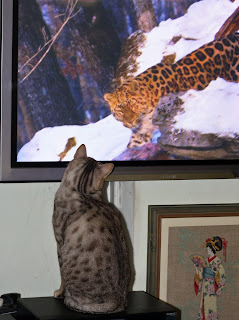 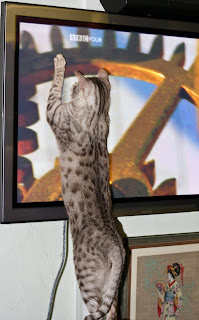 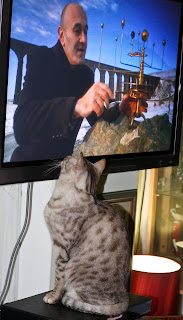 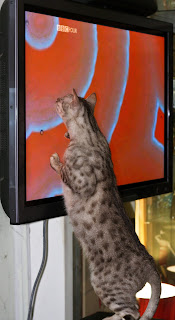 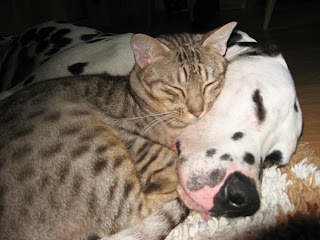 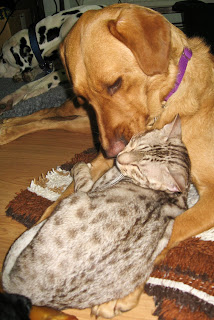 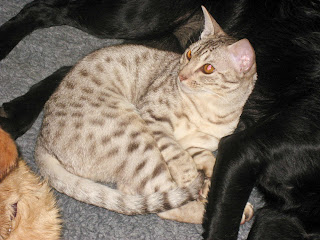 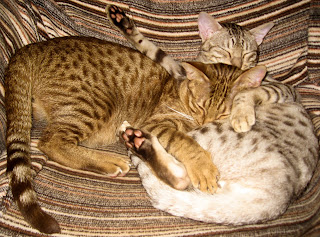 . . .and of course he loved Winston
Monty died on 15th April, aged 3 years and 5 months. He was a big personality, lively, interested in everything, great fun. We had no idea his heart was defective until it was too late. Heart medication provoked further problems - kidney failure among them - and our wonderful vets were perplexed and puzzled. Everything they tried revealed further problems.

On Thursday afternoon Barry and I visited him and - in the event - said goodbye. Our young, agile cat had been transformed into an old, ailing being - life was too difficult for him and with heavy hearts we made the decision to end his suffering.

This sequence presents Monty as the cat he was. To those who say, 'He was just a cat' we reply, 'Yes, we know - but he was 'just' our cat and he was special.'

Love is not confined to the human species - it passes and surpasses all boundaries, is given and reciprocated and, if we can recognise it, we are the richer for it.
RIP Monty - Salatan Monty - 20.11. 2006 - 15.04.2010.
Thank you to the organisers and hosts of Camera Critters and Pet Pride. Click on the titles to visit more participants.
Posted by jabblog at Sunday, April 18, 2010