Weekend Reflections is hosted by James at Newtown Area Photo. Thank you, James! 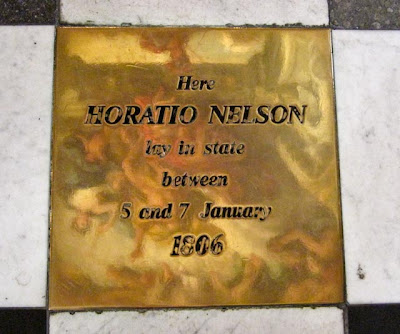 This brass plaque commemorates the lying in state of Admiral Lord Nelson in the Painted Hall of the Old Royal Naval College, Greenwich. I didn't realise there was a reflection on it of the ceiling of the Painted Hall.

Nelson was killed at Trafalgar on 21st October 1805. His body was placed in a cask of brandy which was later replaced with spirits to preserve it during the long journey home.
Posted by jabblog at Friday, June 18, 2010