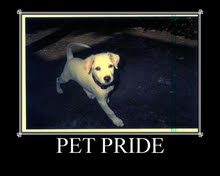 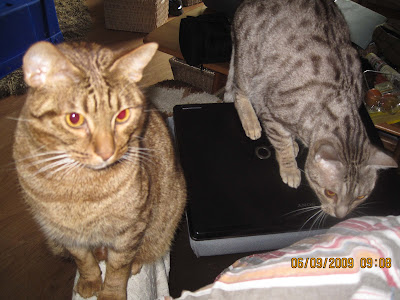 Today Monty decided to see what this blogging lark's about. Winston's obviously been talking to him. 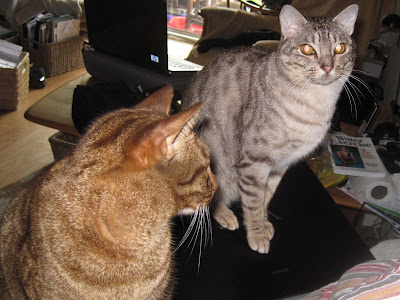 Winston was a little surprised. 'What are you doing here, Monty?' he asked.
'Just looking,' replied Monty. 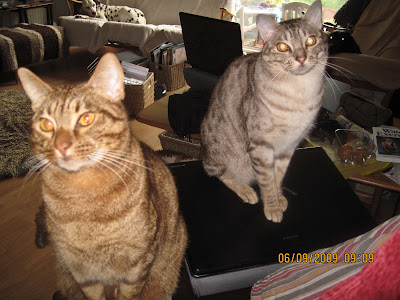 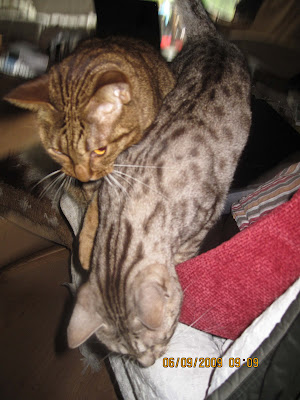 'Nothing much going on here - I'm off,' said Monty. 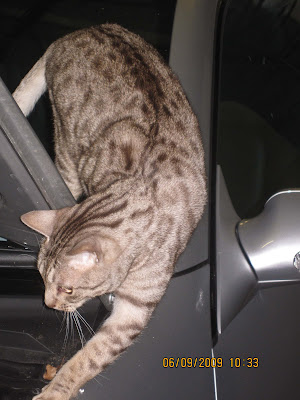 Later on Monty was in the garage undertaking a little motor maintenance. He had the bonnet up on my car and was studying the engine. He soon realised it was much too complicated for him as he needed lots of electronic gizmos to effect any servicing so shook his head and sauntered off. 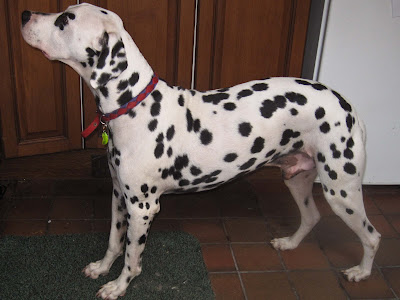 Meanwhile Frodo was on kitchen duty. As you can see he takes this particular job very seriously standing stock still and allowing nothing to distract him. What was he guarding so conscientiously? 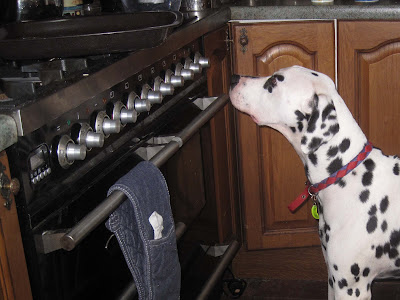 Ah yes - the pans on the hob. This must have been quite exciting for him as pans containing food are usually put away well out of his reach. He is so concerned that the food should not disappear that eventually he decides the only safe place for any food is inside him where no-one - and particularly no cats or other dogs - can get at it.
Thank you to Bozo and his human for organising and hosting this meme.
To see more pets to be proud of please click here or on the logo.
Posted by jabblog at Sunday, September 06, 2009