(sings)
'While we go sailing, sailing over the ocean blue
We're sailors thro'and thro'
The best you ever knew'


I like the sea and boats - to look at! - so it's fortunate for my husband that our children and grandchildren all love sailing and are happy to sail day or night, summer or winter. In fact Barry has become more cautious with the passing years (he once set sail in March in snowstorms when our eldest daughter was three weeks old - I briefly thought she was destined to be the only child of a young widow!!) and this summer's dreadfully strong winds, lashing rain and unpredictable gusts have put paid to his sailing plans. Yesterday it was blowing Force 10 in the Solent. The winds in Berkshire are very strong and we're about as far from the coast as anyone in the UK could be. However, he and some of the family managed a couple of days in August when the weather was cooperative - even then the wind was gusting Force 6/7. So, my SkyWatch offerings have a salty flavour this week. 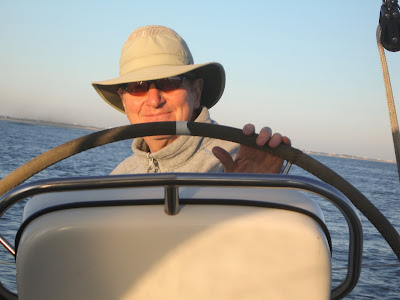 Barry at the helm - lacking a thick thatch he now wears a hat all the time he's outside and oftentimes indoors too as he frequently bangs his head while rushing about the place. 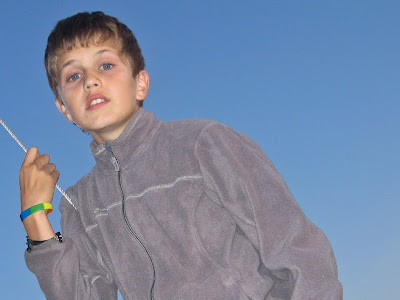 Callum's eyes are as blue as the sky, just like his mother's and two sisters'. 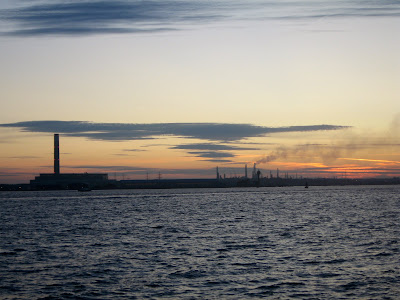